I have some really yummy reports for you 🙂

First a report that is about Arabs attacking an artefact. I don’t know which, Euphoria (BAD) don’t have it any longer and too many to check to figure out which.

Next is Strong from [U] setting a deff wall against Germans. Top2 deffer last week.

Dacia has lost at least 2 WWK hammer villages, that have lead to some unexpected behavior. Some players, offensive ones we guess, have destroyed or given away their villages. 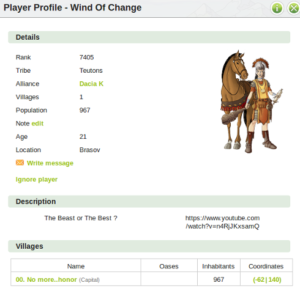 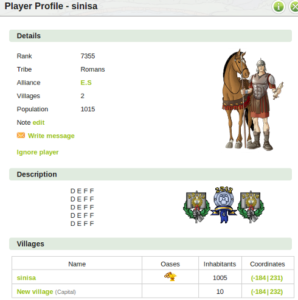 An attack on NOKTA player Poker from Cerber from Turkey forum.

And look at this report, so many renowned Russian players showing up their hammers against AHILLE TEAM from Dacia M. It’s manna for a Travian addicted. And if they so happily spend them so close to BP what can we then expect afterwards?

NUB, also an old acquaintance, got trough at last.

Zeliboba seems to have a taste for artefacts, a small trainer lost to Russia for Pesmerga 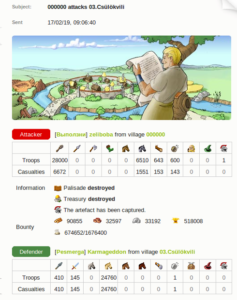 With a very nice scout hammer Susanna from ENDOR-DE took a look on the Russian WW obscur is holding. 21 million in crop and not afraid to already let the horses devour the precious corn. 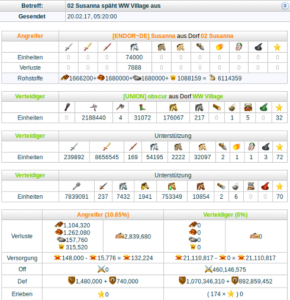 21 million def might sound as much but it still isn’t enough to withstand the first excepted WW hammers.

Let’s see… Building plans arrives at Friday and the WW run begins Saturday morning, 16 hours after capture of the building  plans. On Monday we will probably know who will win this round. Last time it was closed at level 18 with Dacia in top.

On International qual the Arabs surprised everyone by destroying enemy WWs instead of hunting plans. Will we see something similar in Final?

You ask me who I think will win. Russians must be top favorite, their organization and knowledge is hard to beat and this time they have connected to allies from other countries to get enough many accounts. Dacia/NE meta and ND (Arabs) have equal chance as second. Turkey with friends? If they have settled their internal problems they at least will be a part of endgame. 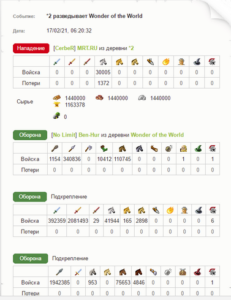