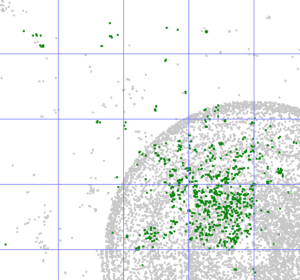 I don’t have much information from NW but Bulgaria&Co have for example Predator and Ottomans to fight with to not be too bored.

1.  We are BULGARIA. Most of us are Bulgarians. We are friends and we almost always play on NW.

2.  Our quad is calm for now. Our primary enemy is Vietnam.

4. Everyone is worthy of respect.

3. Its too early to decide whether we are going to win or not. I try not to be condescending or sit on a high horse so I’m not going to boast that we gonna win or anything BUT my lads here are pretty strong so we have a good chance. And even if we are unable to get a Wonder of the world, we gonna send fakes to the wonder of the other ally and destroy it.

5. Well, a lot of things have happened so far and many cherished as well as saddening memories were made. For eg, the multihunter in this server is severely despised by every player because he is banning players for reasons which are not firm and likewise banning farms so we have to edit farmlist every day…

Funny side, a lot of them. Just today in the morning I was sitting in one corner of my room doing travian on my phone and suddenly dad barges in and I, out of shock and suddenness, close the phone and am unsure what to do. Then my dad eyes me and say what are you doing this early in the morning eh? You got yourselves some girls? And I laughed and said nothing like that was doing a game :p … This games gonna kill me someday and I wont regret it LOL

Why North-West? I really don’t know, I knew that.. Ghetto is at the south so, I was like, let’s go to North-west.

PREDATORS, they’re good players too. Not even joking.

We’ll see in the next week. How we’re going to cooperate with our allies– but we’re trying to win.

VN is trash, bunch of randies together.

Ghetto, did you see the reports? Who are they?

Irans? Oh boy, they’ll be the biggest threat at the lategame, but you can’t show any kind of thoughts, we won’t even communicate with them.

Bulgarian & SSG are our homies, Yo Dawg

Something funny? Bots, 50% of the players were like bots. Banned but it ruined the map, a lot of holes in the map.

Until now we have few competitive players but, on week 7 I’ll start to do some cleanups.

2. I wouldn’t say enemies but yeah, we had a bit of fun with Bulgaria and SSG, I enjoy them and NW being in a confed, as this will stir up the challenge

I do believe however, that Maybach is cheating, as I don’t explain otherwise him not being a top-raider with the size of his hammer, and especially the upgrades on it considering there also the development of his capital.

This screws the game, but we are used to this.

3. Not with 40 members surely, that’s not enough defense to handle the WW, but atm we are still waiting to see a good alliance to confed with and form a coalition.

But yes, there is no doubt that we are aiming for it, we have good players and overall good organisation, with a nice nest developing fast.

4. Didn’t study that much Ghetto, VN and Iranians, but Bulgaria although they have a good core on their main, they seriously lack in the communication sector, and they are all over the place, making them more vulnerable to mid-game late-game coordinated attacks.

5. I don’t know if you can have access to my messages, but there is this gaul neighbor that was croplocked later (I call them crannie maniacs xD) , and after cleaning his army I prepared a trap for his hero, and invited him to attack with his hero having a “hero vs hero” match 😛

My hero of course was in an adventure he took the bait lol.

It was one of those magic moments of this server , I hope he got some experience out of that.

Actually my friends from other servers decided to join in NW so I went for NW.

This alliance was not founded by me. I was made the leader.

Our alliance takes in players who are active and tries to make them stand.

About the end game we have not decided as alliance is still in primary phase and many other alliances have emerged good.

But in the future we may be a wing or part of some big ones and participate.

1-We are not new in this group. We come to this group as an alliance for about three years ago. We played here last year with the name 1453. We love to play this group because we find it closer to our style of play.
2-We dont want to get opponent in the qual.We are making new friends of participating in finals.Our goal is to win the final ticket.It’s always nice to win friendships from this group.
3-We are not here to win.This is our prepation for finals and to obtain new friendships in.Our goal is to secure the finals all player.
4-Getto and we have a beatiful friendship. VN,I’d say close to us.Iran is also.We’re in the same as the Bulgarians and will be a contention among us.
5- I think the 2014 finals. But we didn’t come as a group. We came to the finals with my 3 friends.I prepared immigrants. but I asked my friend to send it because it was too late to be ready.my friend sent the immigrants in the morning and I built the second village.in the future, when he asks me for a defense,we realized that the distance between us was 300 sectors.my friend accidentally sent immigrants to the rival territory. I finished the game without any attacks from opponents in the opponent area with 25 villages and 300k defense troops.