SW have 8 players on Top 20 which makes the quad to a paradise for simmers 🙂 WEA have 4 and  Iranian alliances also 4 players on top. 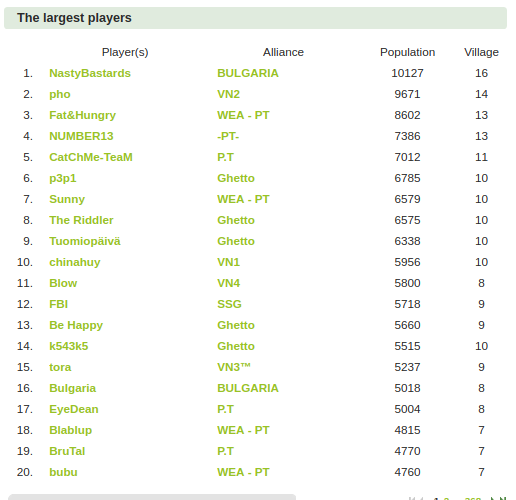 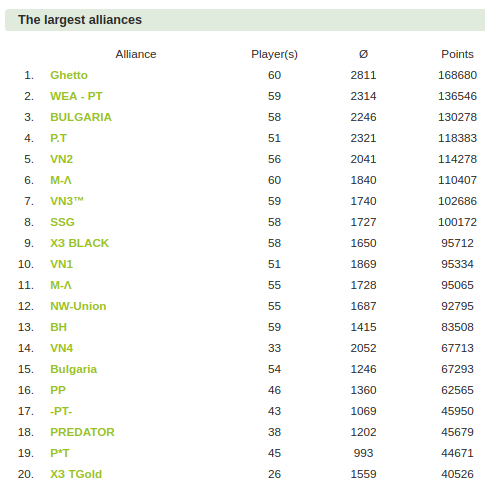 Attackers points is something that have to be taken with a pinch of salt (swedish saying) but so far in the game all except one is in areas that it is possible that their points are real.

The  player left , Starboy is a one men-alliance that have settled out in the boonies, only ordinary villages but a lot of oases around. He still has his spawn so if anybody have reports? 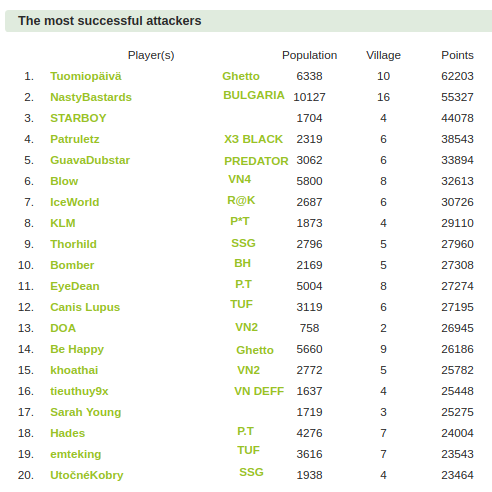 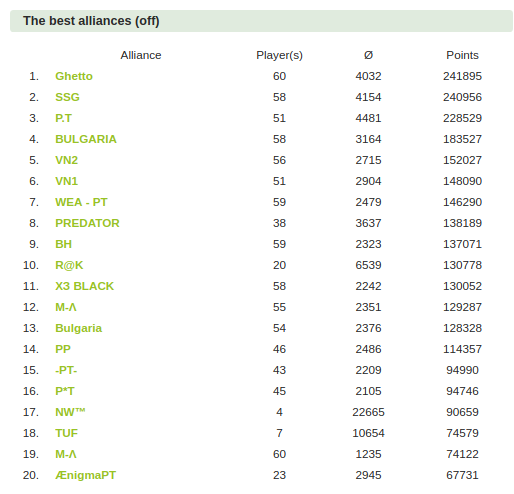 On the defenders Top20 half of the comes from SE,  so clearly the quad where most is happening. 6 of the Top20 defenders comes from NE, mixed VN and smaller single alliances, as pat from Wane (2 members) who must have chosen the complete wrong quadrant to settle in with this description in the alliance profile, there are not many international players in NE.

The remaining players comes from SW. NW have no player on Top20 defender but as alliances they have 2 of the ranks. 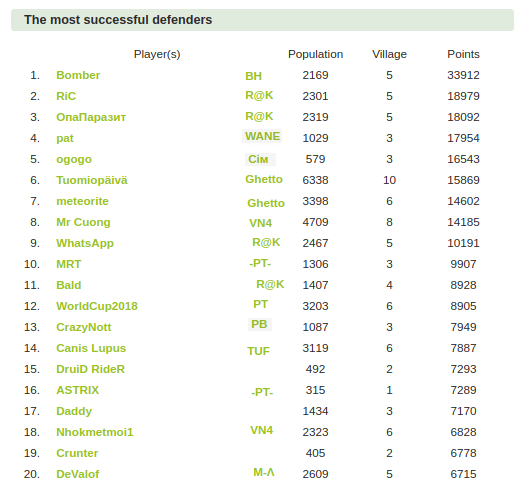 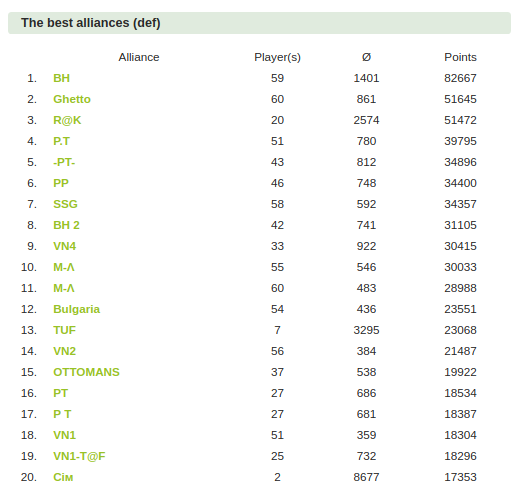 Summary: Even if this server is weaker than last year it still can be thrilling about who will win. Each quad have even chances due to numbers. Organisation will be significant.