This week I checked croppers, I wanted to know more about the gray zone and which alliances that had been most successful to get the croppers closest to center.

I started  to do a map for the gray zone and found players from 9 alliances inside. Wallace and Uollas in NE, CUP-Ab, CUP-Ac in SE, Hype! and F.Y in SW and nPL in NW. Two Turkey alliances have a couple of members in there too, OTTOMANS and YENİCERİ, but neither of them seems to have a future there. 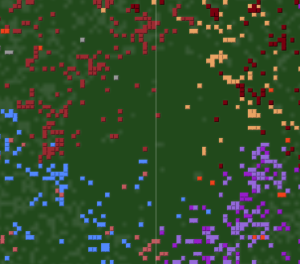 I continued outwards to coords around x/y 70  (gray not included) and in NorthEast the Uollas meta have gained 75 croppers, UollasL and Wallace have most of them, 48 together.

In SouthEast we have two metas, CUP and International team SE. CUP has the area closest to Gray and 30 croppers of which CUP-Ac has 17 . Int SE gets stronger when a bit more far out and have 38 croppers with NB-白虎 in top with 11 croppers.

BAD in SouthWest have been most successful so far, 33 croppers and in total I counted to 59 croppers for the Union.

NorthWest is also divided in two metas, Dacia and Turkey. nPL has the area closest to gray and 9 croppers (remember – gray not included) The rest of Dacia have settled behind and Dacia NV has also 9 croppers. 28 in total.

Animals is between nPL and the rest of Dacia and has 17 croppers. In total 21 including the other Turkey’s in the counted area.

Summary: The Gray Zone don’t seems to be of any interest at all, it is sparsely settled. Nice croppers with extremely good oases isn’t enough to attract players, especially since you don’t get culture points when settling there. The World Wonders isn’t attractive either, too hard to defend. I have heard voices saying that in Final all WWs should be in center to make the game more challenging, I can agree with that.

It’s no surprise that NE and SW have had no problem to get the majority of the croppers in their quads since they have no opponents. Maybe with an exception for Union that have Unique taking a dent in on their area but it’s out on -110 to -130 y coords on the border and I haven’t checked how many croppers they managed to take.

SE and NW had a tougher mission as mixed as they are with the enemies and who that will gain the control in the quads is still in the future. Strongholds is building as you can check on the maps. I’m not sure when they was updated the last time.

Hmm, NW meta is Dacia, well I can’t change that now. I didn’t noticed when I took the screen, just now the table only shows half the numbers. I took this screen yesterday when it showed best numbers. We are still missing 1200 players in smaller alliances from 5 members and down. It is small differences from week 2. Most metas have got more players when my crew have updated the lists. Uollas have lost ~50 and Turkey too.

I thought that the missing players might be the farms so I asked  for a players in each quad table including villages. In week 2 NE had 1808 accounts, SE 2542, SW 1717 and NW 1923. I would guess that the players with 1-2 villages is probably farms and that covers the missing players. Not many possible farms, not surprising that I now and then get raids from very far away, trying to find ress 😀

Cicco excels in showing us reports from their war with nPL on the border so I asked the diplomat in nPL, DEF IN PROGRESS for a comment about it.

Krzysiek/kostek: Server started with us playing with Dacia, we were alone in our quadrant. We divided that quadrat but for simplicity sake let’s sum it up: ntpl goes into grey zone, Animals are close to provide help with deff, rest of Dacia are more back securing other important sites.

Unfortunately Animals decided not to play with Dacia. I will not comment about it, we had little to no impact about that situation.

It was right about settling up with second villages so we were already in kind of a pickle. We expected someone to be in grey zone maybe invade but we did not see Turks playing against us.

It’s not that hard to see that currently NTPL is fighting 1v3, terribly outnumbered with Russians, Uollas and Turks, that also separated us from Dacia.

We could see that Italy decided to invade our border early, it’s not that strange, they have more or less clear quadrant, and I doubt that they just wanted to sit AFK letting other have fun.

With all of that series of unfortunate events combined we are stuck with our situation.

Especially with the event that just took place in our forum, i will not comment about it too because I don’t want you Safiren to be forced into censoring some of my words 😀

But i can promise you that we will fight till the last village and last account battling Animals Hype and all of Uollas meta no matter the odds.

Safiren: What about that  I’ve been told that several polacks have gone into vacation?

Krzysiek/kostek: Thats true thats normal tactics if you want to have less villages to defend, or you just want to rest if you are playing all night for a long time. Or more personal stuff

Safiren: I’m used to see nTPl doing great,you have a harder mission this year, and you’re using the name nPL. Why this change?

Krzysiek/kostek: Well for no particular reason honestly, and change is mainly because we did not expect to fight 3 metas alone 😀

Safiren: I haven’t been reading your forum, but last year you quarrelled a lot, I guess it haven’t changed?

Krzysiek/kostek: I guess some things never change (cwl), but right now after finals started we have our own little forum on skype were we more or less are friendly…. maybe with more weight on less (chuckle).

I really need to be more disciplined gathering and organize reports. I don’t know which that already have been posted in the Discussion thread so I give you the list and hopes to do better next week ^^

1. Second hammer village of LSDG settled in a zone of unique artifacts:

one of china night logs with capture

Last night we’ve sent Dacia tm armies to visit SUVARI (turkish alliance located to the left of WW area). We covered with fakes aprox 40 capitals and hit with real attacks 5 of them. On top of that SMURFS joined in and targeted one SUVARI capital also, so 6 damaged capitals after our first mission, almost no losses on our side. We will have to do this again soon 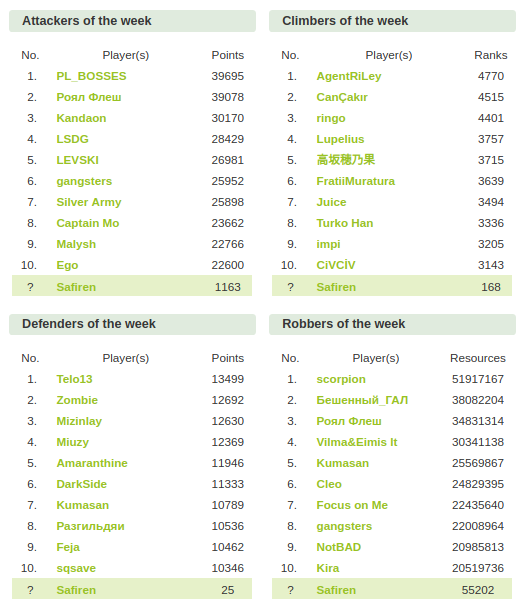 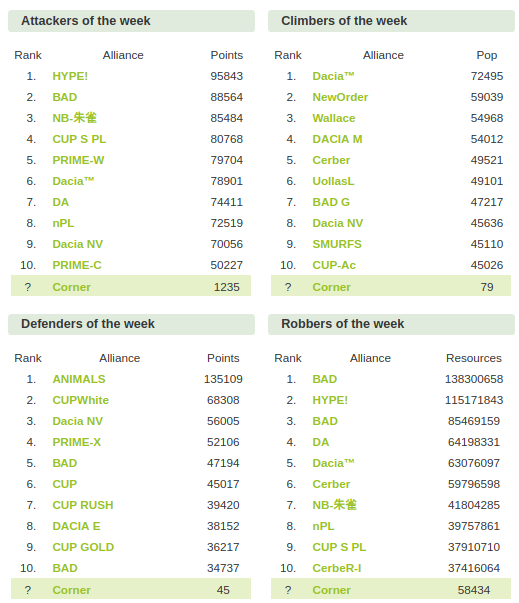 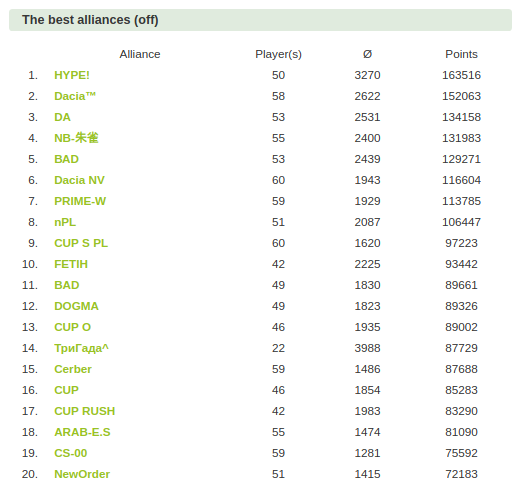 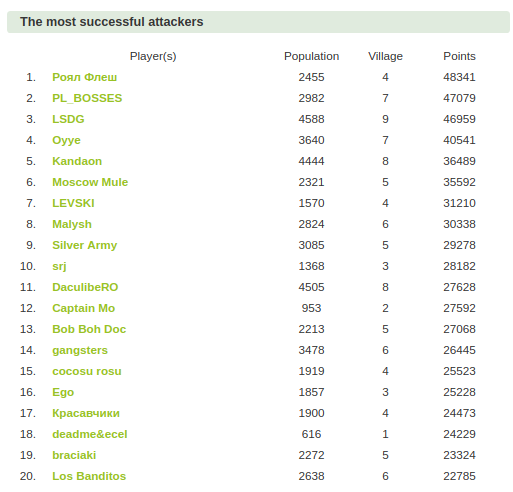 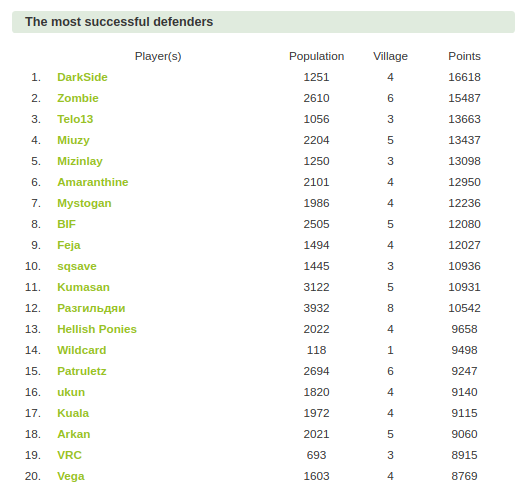 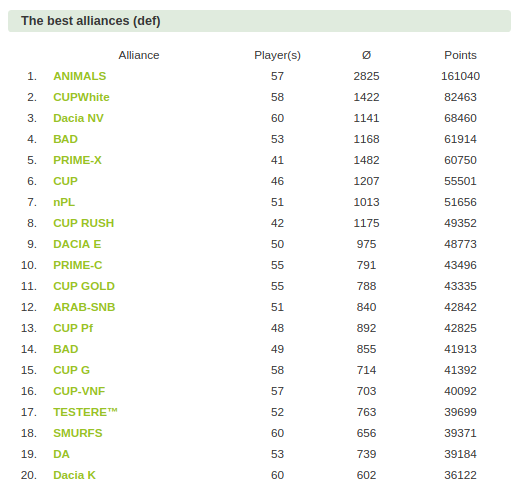