I have got comments about which alliance will settle where. Remember that I quoted other ppl’s opinion =)

CheckerB will not play with Dacia this year. They have decided to cooperate with NB and Prime.

It wasn’t easy to sort out the Polacks but we have a new ally with veterans, some from PL that will play with Prime/NB as PNT.

PS will be  PL and play in NE with Italians.

NTPL as said before will play with Dacia.

Dacia will  not be the biggest meta this year.

So, that was the comments I got what do I believe myself? I think we will see new coalitions this year. Alliances have moved between metas but the base is mainly the same. We will have 4 metas, one in each quadrant. It’s difficult to decide now which meta will be the biggest but Russia have managed to engage several alliances that didn’t play with them last year. On the other side we have a lot of different nationalities in NE, so they might be quite big. Prime/NB in SE believes they will be the smallest meta.

The lack of wildcards is difficult for all. A lot depends on how many members that played in qualifications and how many of them that will be encouraged to play Final.

I have two more interviews. The first from Prime.

1. We start with the question we all are most curious about. In which quad will you start and who are you going to cooperate with?

2. If you prefer to let that be a secret you maybe will answer on which alliance/meta do you think will be your primary enemy.

3. What is your goal for the round? Victory, Just fun with nice team? Mess up for another alliance/meta?

4. Your opinion about less wildcards this year. Good or bad? Will it make more players go for the qualification next year?

5. As we all know the Tournament started as a championships between different domains and for some time kept that format even at qualification stage. Right now it’s got much more mixed up. But what is it for you? Is it a world cup of different nations or is it more of a championships league of different alliances? And how does your team look like in regards to cultural/national background?

6. What are you usually doing before the finals start to make yourself ready for 4 month of the high activity that is needed in Final? 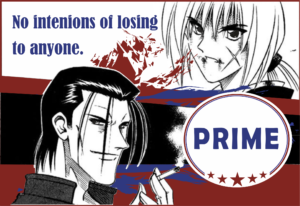 1. We will land in sector +/ -. We have already announced this information before. We also named our friends at once. Part of an international coalition composed of NB, PNT, Prime. There are many rumors about us, but these are only rumors.

2. We heard that in this final all teams will be strong. The Italian coalition (ITA + Arabian + Cz + COF + GOV + TURKISH ) seems very strong and big. Ruteam is traditionally strong. We know a lot of good players from there.

But the main favorite we consider Dacia & Co.

3. According to my information, our team is the smallest of all at this final.

The most important thing is to enjoy the game. This is our main goal. If we can win, we will be glad. If we spoil the party favorites, too, will be happy.

4. I think not. I am sure that the problem is in the format of qualification. Players use the qualification as a warm-up before a real fight. I think this situation fully suits the players.

5. I know that many players treat the world Cup as a tournament among national teams. I respect their opinion, but I think that the world Cup is more like club world championship.

6. We take out the skeletons of the cabinets and recalculate.

1. Yes, as I told you, because of personal problems, I did not have a Brazilian Luso project, so we’re going  with a little ally pt/ br at the invitation of Abhishek to play in – / – in support of BAD.

3. I always play for victory, be it mine or who I am supporting and of course always having fun with friends.

4. Yes, so more people will enter the contest in the game to show that they are better and will not enter because they participated in a lottery.

5. For me it’s a world cup, my alliance is a cultural mix between Brazil and Portugal, united by the language.

6. Usually I rest, in that little more than 1 month of interval between tournament and finals, that year exceptionally I am playing the comx.