The only real attack here beside the usual small ones is from ASi4-MRZ on Vietnam WW.

ŞAHİNPENÇESİ had 3 WW, one had no defence and was zeroed. VN was zeroed too and started to build on their next WW. 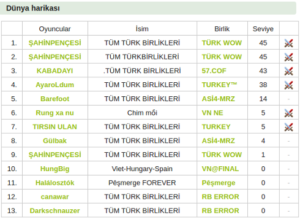 Vietnam is a popular target:

WW, highest WW on 68 here too. I have no report from the TÜRK WOW that got down to 4. When Kabadayi got down, Ayarol.dum changed ally. 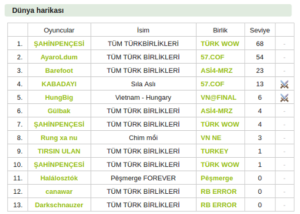 Turks are not so communicative so I have no interview to offer. It is impressing points that are needed to qualify as off or def. Many of those players are from Vietnam. HungBig/Vietnam lost his WW in the end but finished as deffer rank 1, more then the winning WW and that is rare. 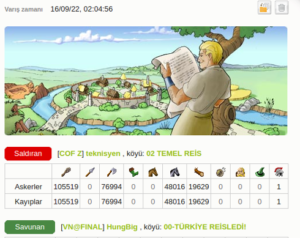 Turk main WW was attacked by Vietnam the 19 september and lost some levels. 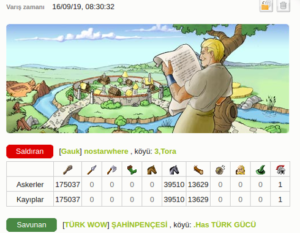 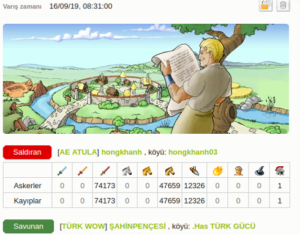 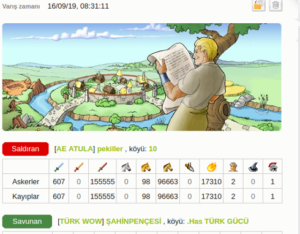 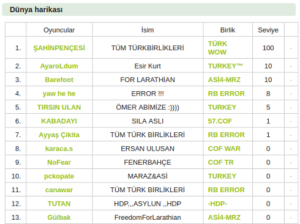