All WW is taken. The Final strategy has taken a new course. We have already seen some new movements and I hope more will come. When the expected def in WWs will be so high it might be better to take down the infrastructure before Building plans to delay the WW building in an early stage

The Gray Zone is sparingly populated. Around the borders we have Victory in NW, GM in SW, Turks in SE and -COQ- FR in NE.
Turkey was first out grabbing a WW. Located at 9|-8. New support villages have popped up lately.
The player TÜRKİYE WOW has 2426 pop 3 villages including WW which he is not building on for the moment (rank 6326 pop, 3141 off, 178 def).

An independent WW “for all free players”. 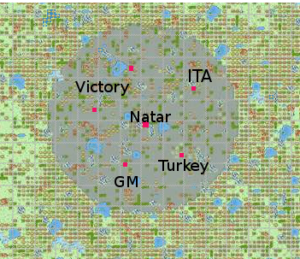 G&V has the WW 100|100, they settled there early and the WINter meta did so too. Natassa1 has 4639 pop, 6 villages (rank 3765 pop, 681 off, 62 deff).
The GT statistics shows a favor to WINter in conquered villages. The situation reminds me about my ally last year. The enemy was closer than our friends. 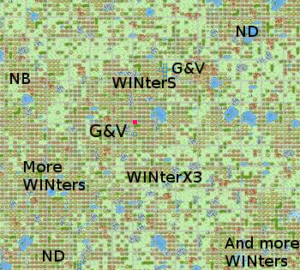 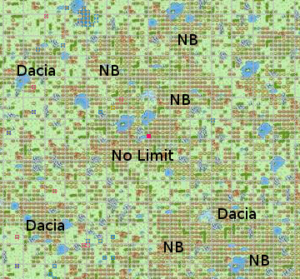 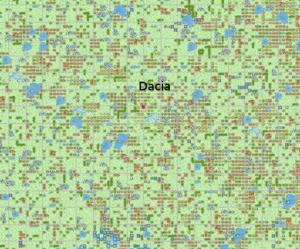 Now to the opposite – the servers greatest cluster around the WW at 100|0, belonging to the Arabia meta.

ND.WwW 1561 pop 2 villages (rank 7287 pop, 5895 off, 563 deff). Only capital and a WW, the pop bonus is only applicable on the capital, not on the WW, but I wonder how much advantages it gives. Someone that can calculate? Account have been prepared for this, a while ago it changed name from البلدوزر till ND.WwW. 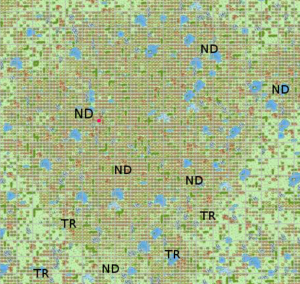 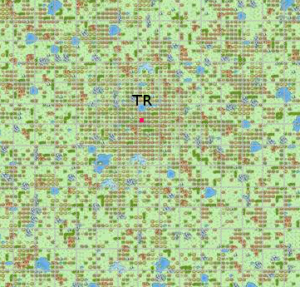 So to the second surprise this server, more about the first below. Ufffff took the WW on -100|0 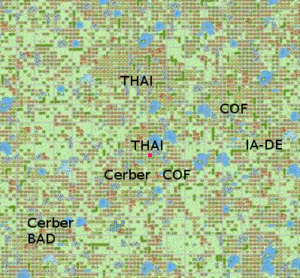 The WW on -100|-100, the Russian heart area, was first taken by Dacia in an operation that didn’t fall out as planned. They have done the same on a czech qualification against the Portuguise meta and had very fun with that. The WW on -100/100 was taken the same time to prevent a similar response. 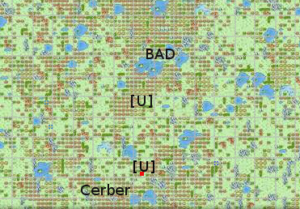 The Russians fifth WW, -100|0, last taken. Russians have built from the WW and inwards forming a great cluster as a wall towards their own quad. That also gives them a shorter way to enemy WW, 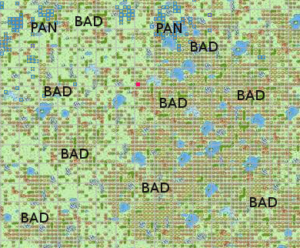 Turkey meta: Gaul isn’t the most usual choice for a WW and he have stopped building. Tirsin Ulan seems to be the primary WW.

Dacia/NE meta: Ben-Hur is my favorite as primary.

Arabia: Only the primary WW and the only meta that have chosen a mini account to hold it.

Russian meta: obscur is the one with the Unique architect and a Great Diet too, that makes him to the primary WW.