Turkey took two building plans from Russia on Saturday and have now started to build on their WW, level 7. Russians had an offensive on the Turkish WW before that, what I can see is that some fields was damaged and also some great Warehouses. Clearly teuton WWKs with alot of clubs is more usual then I thought. The reports was without def but I found a scouting on the Russian forum with the def, 15.3kk. 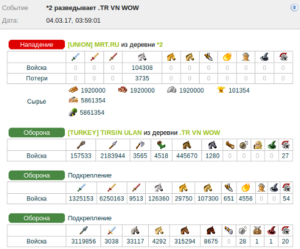 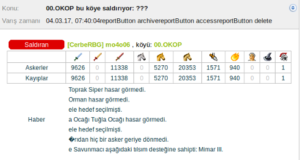 Russians moves the building plans around so it isn’t easy to catch them, here is the story how Turkey succeded.

We settled a village near the artefact with a fake BAD ally name. In one night we completed workshop, smithy, great barracks and great stable to 20. We filled up stables and barracks. We prepared our analyses well then we planned to go at the player’s off time when we were sure to steal it. From 3 sectors they launched on another Russian villages. It started and came to an end, we did it !

It was hard for us to steal 2nd building plan. It was difficult to analyze and these two players were passing the plan to each other. We sent a great deal of fake attacks from many accounts. We chiefed one of the villages and then we had time to raise 40-50 catapults. We started the new operation from 2 h 54 min away. when it was 29 sec left they changed the village of plan. 3 heroes were on the road and they were blown. A new offensive was launched again from 3 sectors to 4 sectors so it took 40 min to target. After that we sent the hero and we stole from 40 min away. Due to death of our heroes we had problems to transport the artefact but at last we transported it. 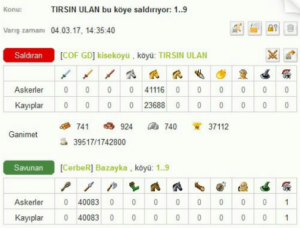 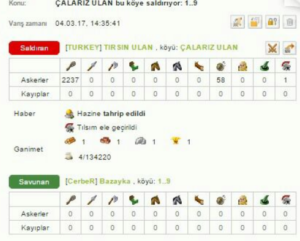 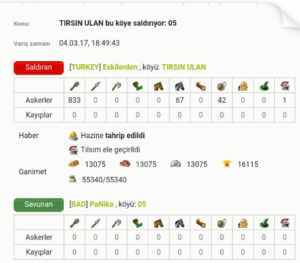