Russians keeps the buildingplans running around so they will be hard to target. Obscur WW goes up and down and Winters WW is bulding in peace =)

There is a discussion on ru forum what will happen if it looks as Winter will win, the main opinion is that in that case catas will run.

I took my time today and read the Russian spamchat, that one is very active, it’s rare I try to follow, translation isn’t easy and too much talking 😀

Besides all talk about all things between earth and heaven I found the statement that Arabs haven’t reach 30kk def yet. They always refer to the Dacia/NE meta as Romanians, less then 20kk def, and Turkey 10kk (that sounds as too little at this stage).

A discussion about if Romanians, Arabs and Turks will cooperate against them and the language that is a big barrier.

Someone mentioned the cooperation with Greeks, Thais and Swedes and that it have been successful despite the different languages.

Another player said that communication is simple: Sit at the border and guard. Dogs shall be held in chains. Even the Greeks is hold separately.

I have talk with Thai and Swedes and they are very satisfied with the cooperation, They feel like they are respected and the rules is clear – no fuss.

Todays reports started with Turkey attack on Brootalk (Victory) building plan which was moved half an hour afterwards. 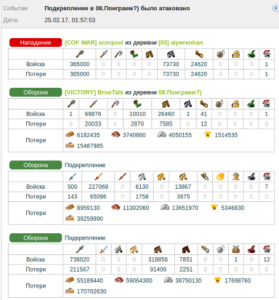 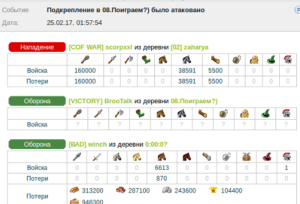 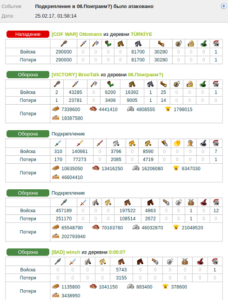 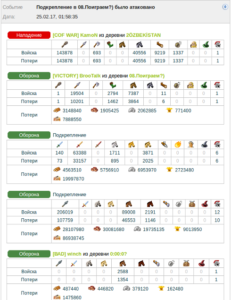 Dacias Ahille got a visit again and this time the village was destroyed. It’s said that Dacia have only 2 WWk hammers left. Cruella de villa has 17K cats.I have reports from Hard but they have to wait. 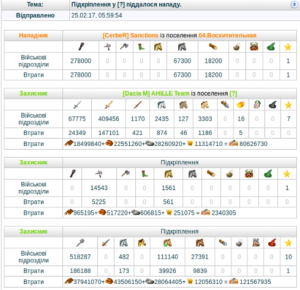 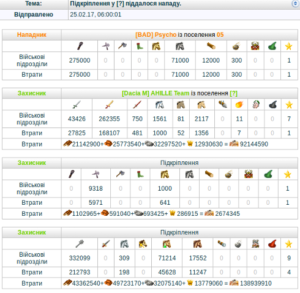 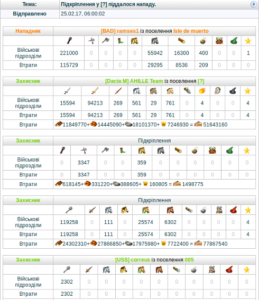 The top 10 deffer so far this week. 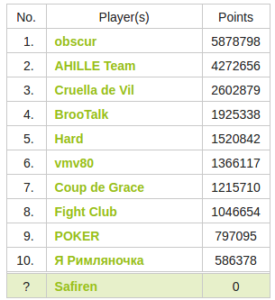 Obscur built his first level on WW early this morning: 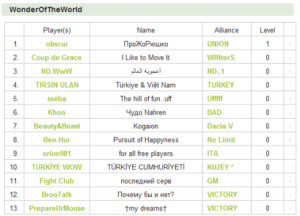 Some hours later plebs (KSN&MoD) hit with a nice ram hammer at 8:20, Must have been some follow up on that because WW was down to zero again.

This one caused probably no damage. 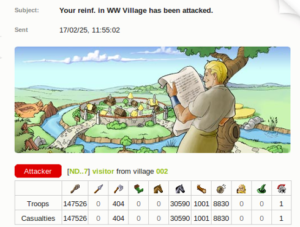 In contrary to this that took WW down 3 levels. Even with a lot of def the WW is easily damaged at such low levels. 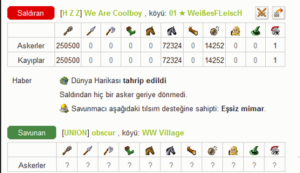 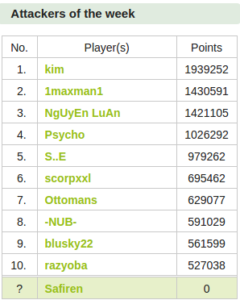 Up and down some more times until now when it’s at zero again – and Winters WW is on level 17. No real hammers going that way at all?