After the review on International qualification I have had many requests for reviews on the other servers too. The problem is that I have so many fun things drawing my attention =) I really like the multiple ways you can play Travian. Legends with its Tournament, 2x is such a perfect speed. Kingdoms, especially Test where I have so many friends, and 3x – the server ends in 2 months, it’s awesome! And now the upcoming Path to Pandora with so many new functions. It’s so exciting! The only problem is that it is a slow server and I realised on F&S that slow isn’t my thing – I wonder how long I will remember that?

Well back to Russia qualification. For so long time the Russian teams have been so superior in the Tournament. I remember the International qualification servers that they joined and made fools of us all. The Finals where they again and again  grounded us to dust. No one will ever forget when they took all building planes and in lonely superior builded their WW to 100.

So how is it to play on their home server? Until now the invited guests have had small chances to make any impact on the server but this year they are better organised and especially the Baltic alliances have figured in the Toplists.

Lets take a look on the map. There are five teams, I would say, I have excluded all single alliances, most of them is in NorthWest – which makes that quad a bit empty on the map. Parts of Prime and X3 have chosen the Germany/International qual so they are missing. 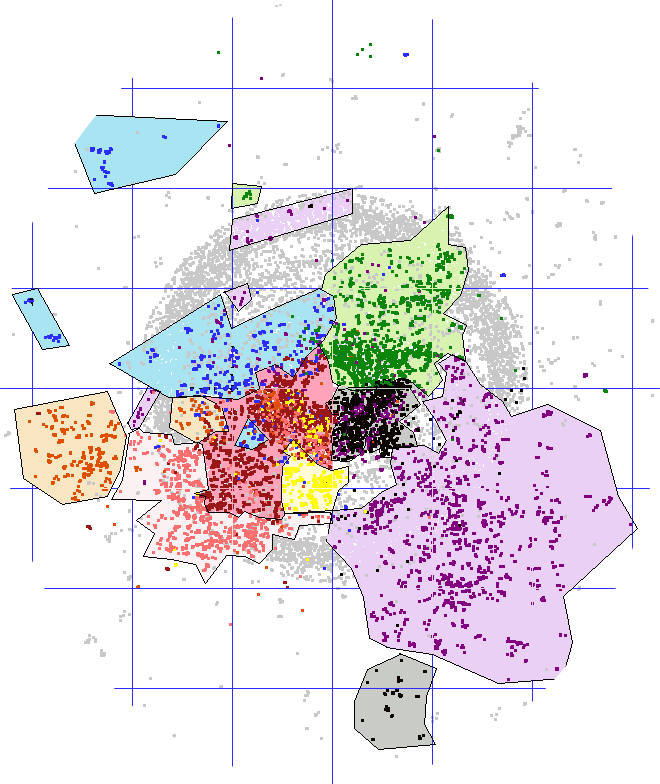 In NorthEast  the WINter meta (green) has the control. In SouthEast  there are two metas, the Russian РУБОП (black) intermixed with the Baltics (violet) in the center and HUN (violet) out in the woods.

In SouthWest we have the strongest Russian team. BAD (pink) and Cerber (red) have a long history of cooperation. Hype (yelllow), a new name but old constellation, the orange is support alliances.

And so the last team, the smallest one, only a single alliance, the Russian TG in Northwest to the border to SouthWest. I have also marked a couple of other Baltic alliances that obviously missed to participate in the prestart organisation. 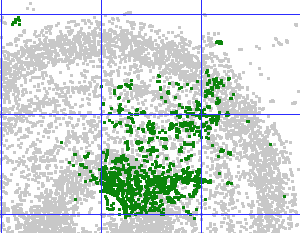 WINter: 6 alliances with a total of 248 Players

I had the feeling I had forgot something – it was the interview with Winter.. 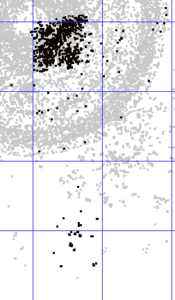 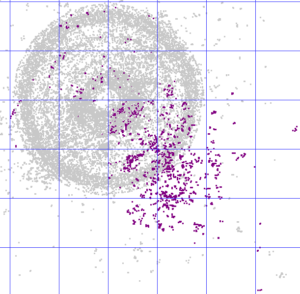 Baltic and HUN: 7 alliances 289 account. Baltic in other quads 122 players.

I asked a few questions in the HUN chat.

Its fun so far despite all the ai accounts that were registered.

Safiren: Very many of them have been deleted, Do you think there are more left?

Since the registration is off there shouldn’t be any.

What I was trying to say is that the players /mostly Russians/ who did not settle far from the center became in an even more advantageous situation than in usual cases.

Safiren: So it is your first Tournament. Is it as you had expected?

I was expecting the Russians to be more aggressive towards us in the first few weeks instead they are busy attacking each other and our Lithuanian friends.

I thought there would be more players, maybe it is because of the summer.

but there are many great players as it was expected.

. This is qualification during summer. Most of the players are just to get tickets to the finals. After some bots were removed and some banned there are only 2k players left. So basically all that is left is to have an active account and you are in the finals

3. Cerber coalition is strong and numerous. There is a good reason why BAD  won server few years ago. Winter have proven them self that they are strong force in previous finals. They remain so, even if they are just waiting for finals. РУБОП/ГУБОП/and others is another good example that Russians have many good players (alliances) who still can come and join TT.

4. These few nice days of summer is very precious. So anyone who can uses this opportunity to enjoy outdoors next to the lake or other water source. The strongest fans might still have phone somewhere near by to check are there any of incoming attacks 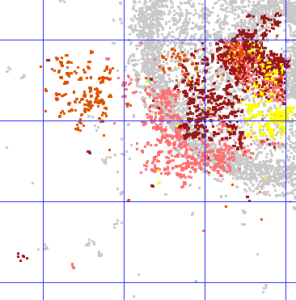 1.Yes both me & my dual are from Sweden and have been playing in CerbeR last 3 server I believe.

We got in contact with them since our old alliance Def&dest was allied with Cerber since 2015-2016 finals and since I was leader there I had alot of contact with mostly Mors (Daniil).

Also in the finals 2016-2017 we got sitter on Mrt.ru (Scout acc for meta) as the owner Vita needed help to scout all the targets for off operations etc, and therefor got in even better contact with different players from Cerber,BAD etc & also got a good relationship with Vita.

So after all this and alot of arguments with Def&dest leadership on how to run a alliance we decided to leave for a russian ally and Mors asked us to join his ally just before qualification started last year and we said ye and been apart of the alliance since then.

2.Well since few players speak english and I don’t speak russian it’s abit hard to know who it is exactly but from what i understood it’s part of PRIME and part of old NOVA which was a part of BAD before, could be wrong of course.

HYPE! Отборка. The leaders as i know is Gangsters from PRIME & Надежда who is also from PRIME.

3.Yea, the RU quallys I have played we have never had any problems with winning and I doubt it will be different this one but maybe Winters play serious for WW this time I’m not sure at all and a lot can happen just have to wait and see i guess

4.Don’t really have any opinion on LTU/HUN, they had many top farmers & pop for the first few weeks but seems to be falling off even if it’s a few still in top 20 pop at least. Have to wait and see I guess hopefully they can bring a good fight =)

5.Yea it’s very hot in Sweden this year for a change which is nice of course I keep cool by chilling in my super clean & fresh pool! 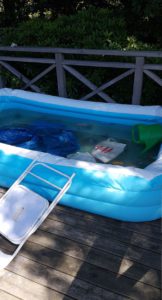 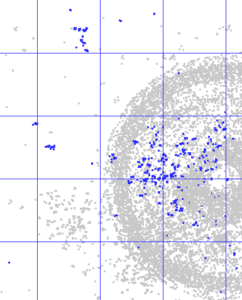 TG and UN: 48 plus 49 members – that is earlier this week. Yesterday something happen – TG is now a Cerber wing, UN have a nap with Cerber and are 36 members. Zerbun and Oyye have an ally for themselves.

ZERBUN (Interview made earlier this week)
Safiren: Hello 🙂 I wonder what you are doing this server. Do you have any fun enemies?

ZERBUN: Hi, we are fighting with Cerber, having 60 accounts.

Safiren: You don’t cooperate with the Baltic alliances in NorthWest?

You have been in war, you are in war – and still you hope to be friends?

ZERBUN: I think and hope) We fought, then were friends, now again all repeats itself)

Safiren: I’ve done maps and Northwest have only single alliances?

ZERBUN: Northwest There are single alliances, they don’t know what to do.

ZERBUN: I would describe each battle, but only in Russian.

It wasn’t just a battle, there was meaning in every one. 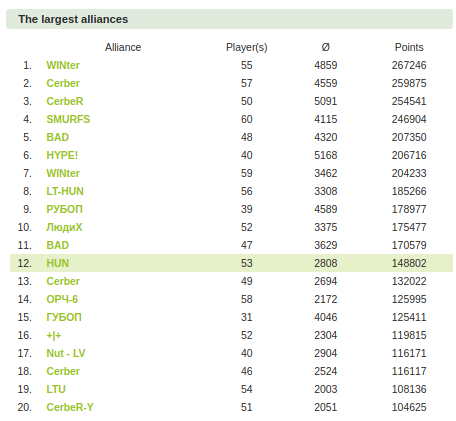 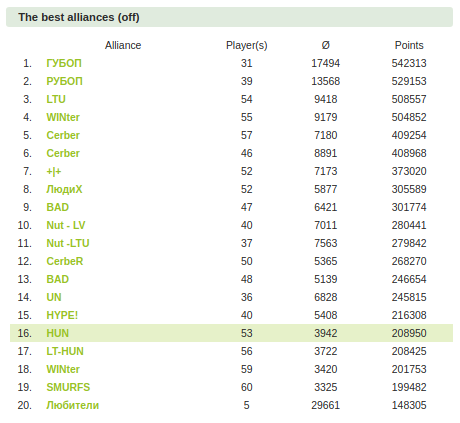 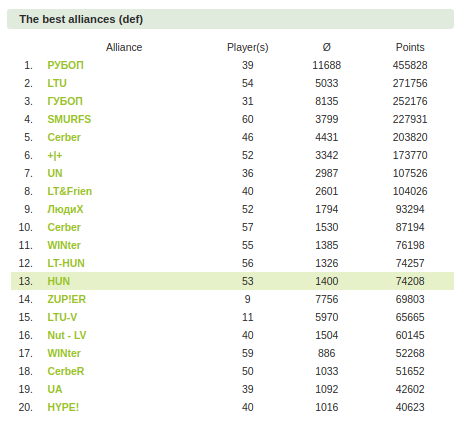 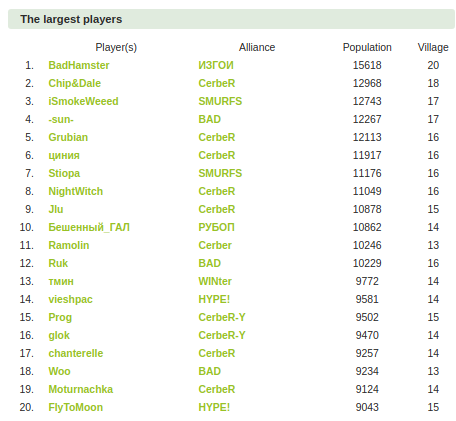 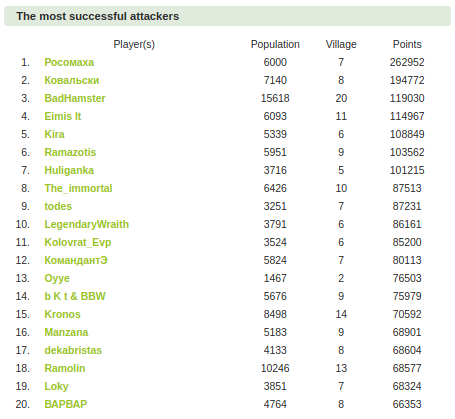 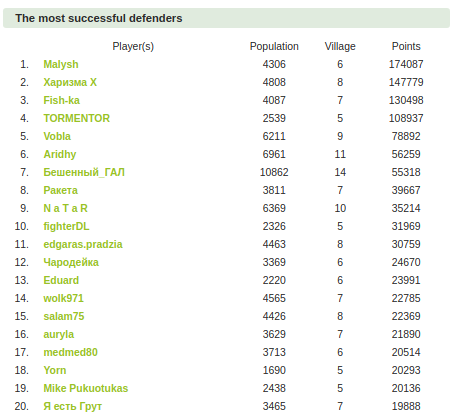