As I told you in an earlier post the Arabs concentrated on damaging other WWs instead of going for buildingplans.

The Enigma WW was chiefed by Daddys Darlings in ARB-IM, an International ally that after a hard start choosed to cooperate with Arabs. I have the 7 first reports before all my def was dead. I haven’t been able to ask the different players to be allowed to post uncensured.

And todays attack on Hellas WW from Arabs

A player from the Company attacks Arab WW this evening.

Only 2 WW is building on International. Both villages is damaged. Arab WW have been standing still for a while but levelled again this evening. I’m not sure that only 3K catas is enough to do any important damage. All is wondering when CIN will begin to build on their WW hold by Minka. 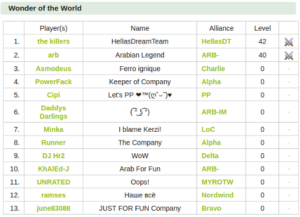 The Arabs own reports from International where they attack a lot of WW instead of building plans. A new tactic and a big surprise. Inspired by Final strategy, I believe, where it is necessary to do as much damage as possible on an early stage.  Well done!

We would like to show you some reports that we were hiding and this is first time that we’re posting it as we got a lot of requests to post them .

I hope everyone enjoys watching . 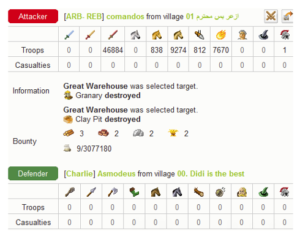 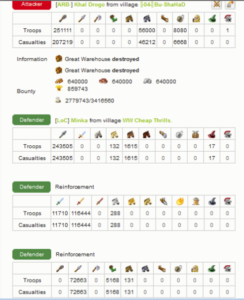 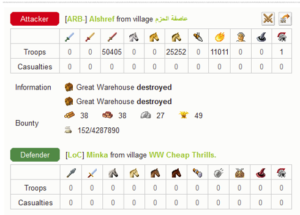 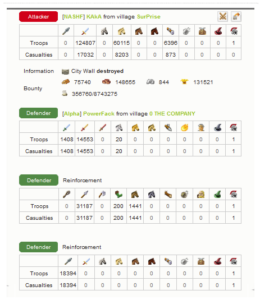 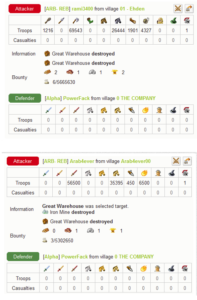 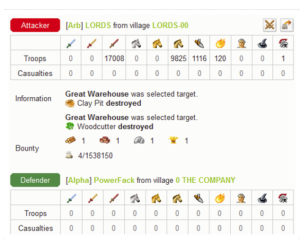 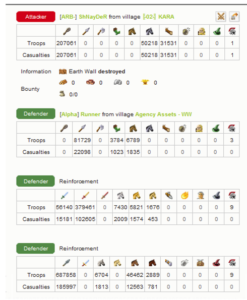 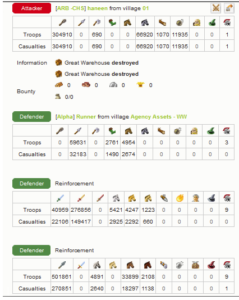 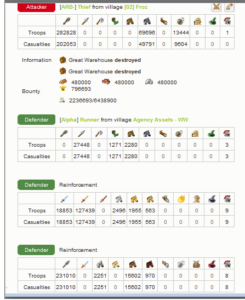 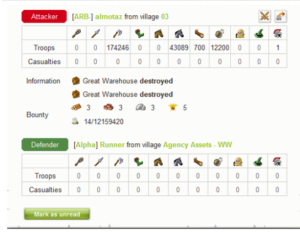 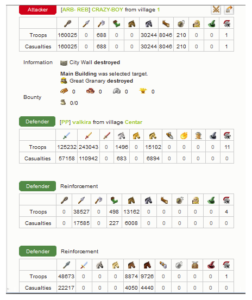 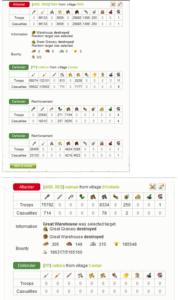 The sixth WW (the killer) 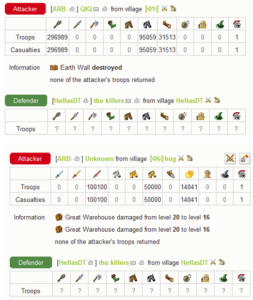 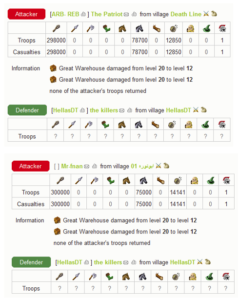