Only a few hours after I had posted the stats last time  G&V was attacked by Troja/Dogma/FC, the German alliances in North that I thought was as sleeping as Italians since I haven’t heard much from them during the server.

When I asked what has happen I was told that they had taken two building plans from G&V and one of the great architects. Natassa got their second but the attacks on WW hit 30 minutes before it was active. 11 levels down and that gave devil_u the lead. Less than 20 hours left, will end Sunday evening. 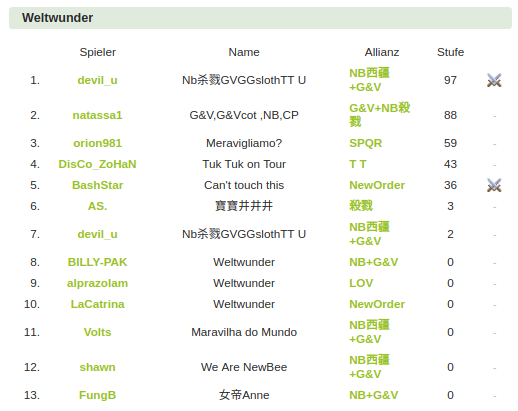 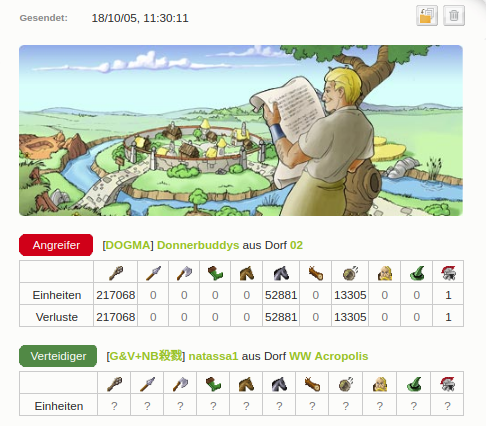 COF in lead, CS/NL WW is 2.5 hours behind. Ends Monday morning if nothing happens. 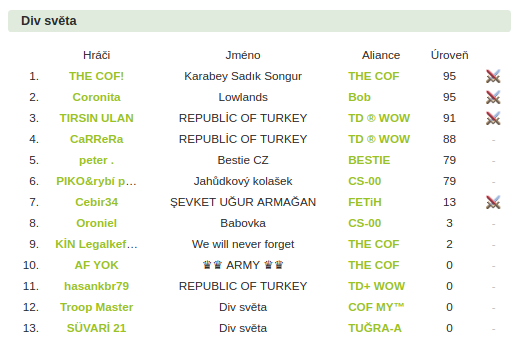