The last server has ended, the last hammers is used.  We can look forward to some rest before Final. Last year it started 15 November, there have been rumours from ru that 21 November is the date. We will see. If TG don’t tell us in the “Ask Travian”-video the 16 October it will probably take a couple of weeks before we have a date.

An analyse for the qualification will be posted on blog.travian.com on Sunday. 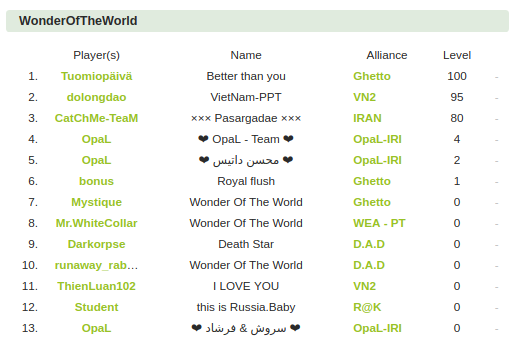 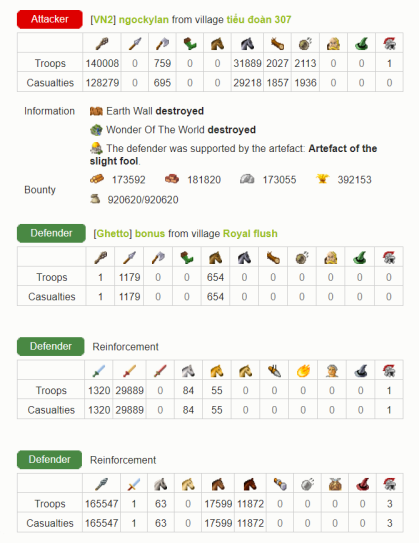 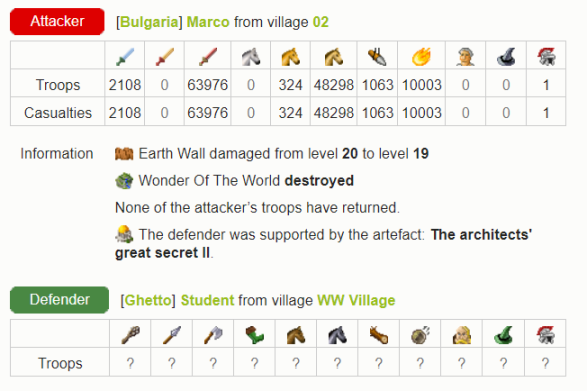 Ghetto used their last hammers and succeed to take a couple of levels on Great Warehouses.

Vietnam tried on the Great architect 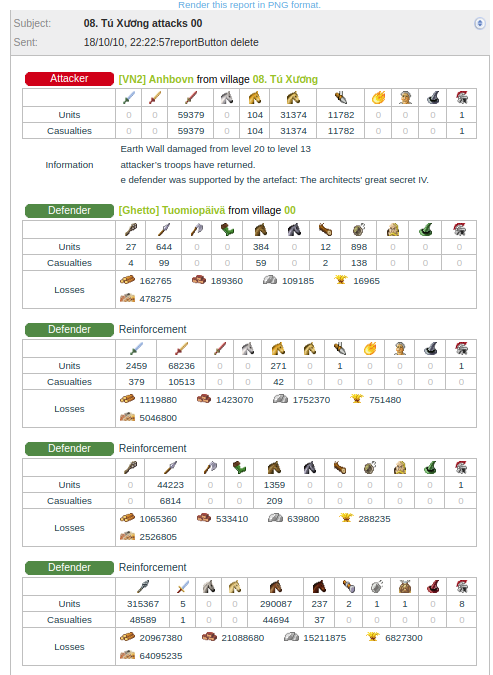 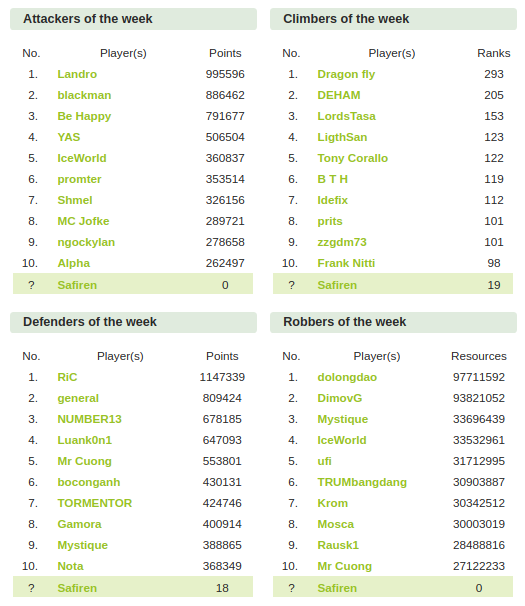 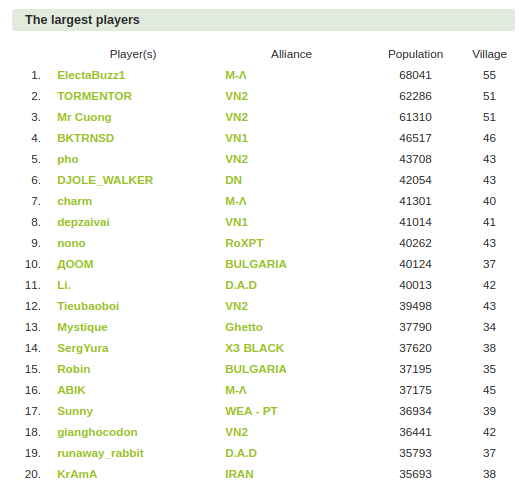 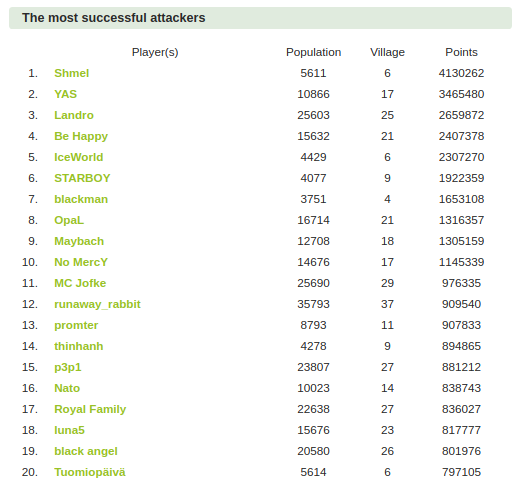 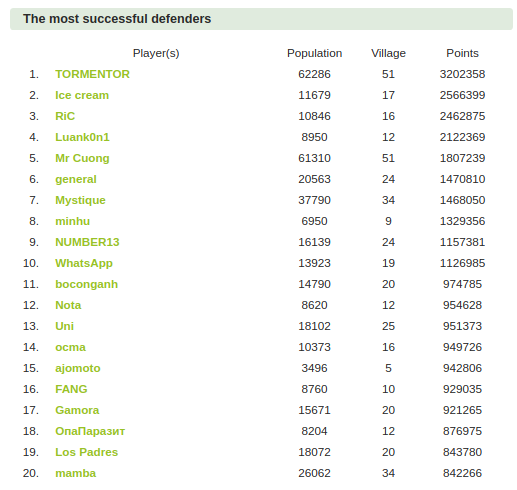 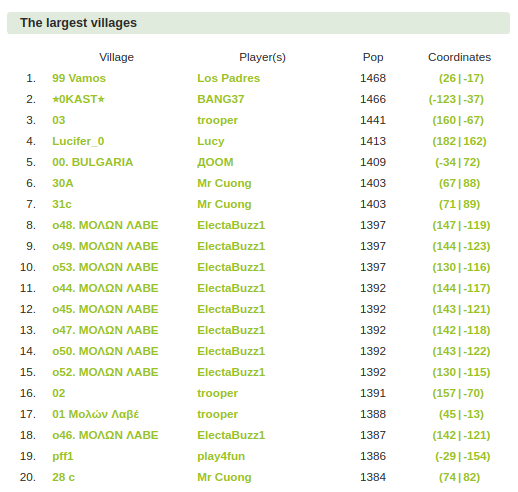 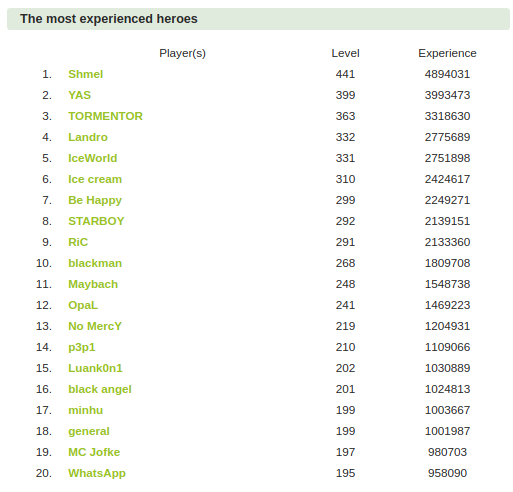 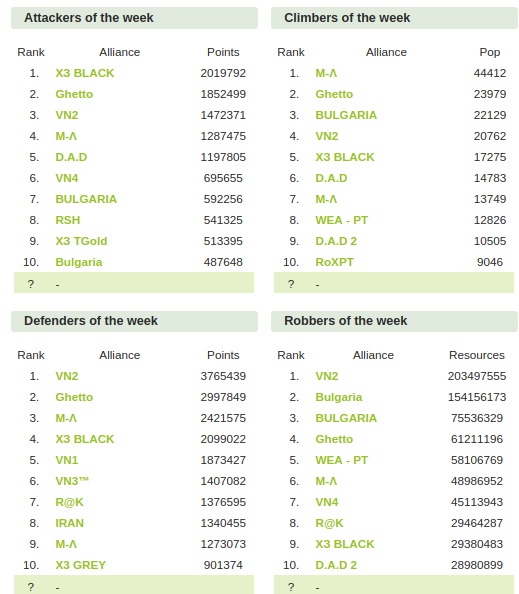 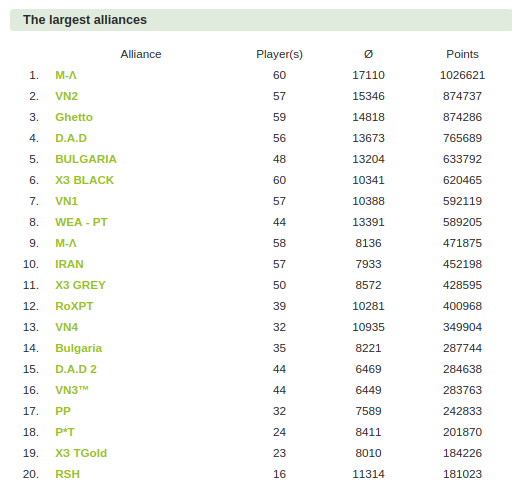 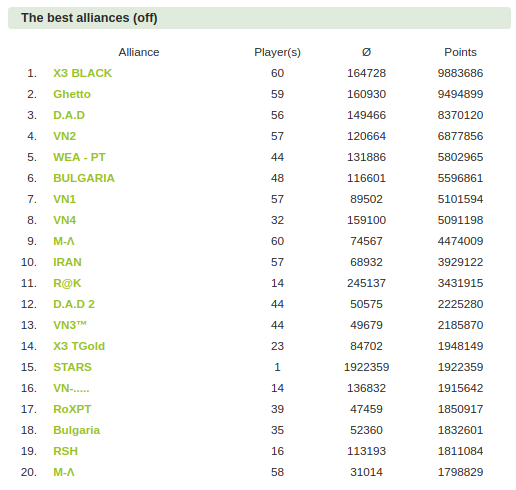 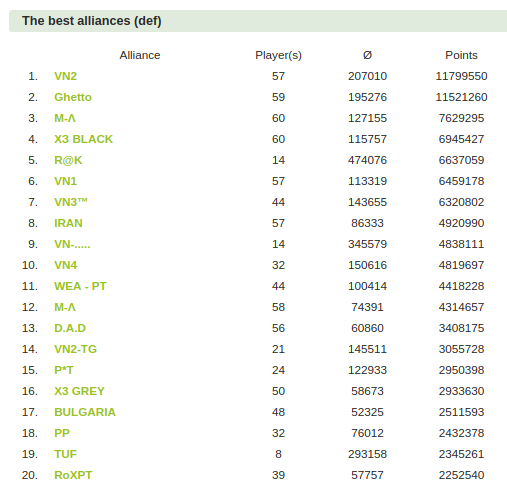