– A look on the map – Southeast

It’s time for a little review. Do you remember how it was when the tournament started?

The comx2 server that started with 29K players has been closed from start. I’t now down in 12K players. I don’t think it was good for the server to be closed from the beginning. The second comy2 server was up in 18K players. Not so many has dropped, still 15K players. The activity seems to be better on comx2, more players online there.

I took a look on the other tournament servers. With four exceptions the loss of players from start to midgame is at normal rate. Comx2, Turkey, Saud Arabia have lost most. All three was at 25 – 30K at start and now is down in 10-13K. The fourth exception is France. Going against all, up to 30K from 10K!! I couldn’t read the players on Iran, but 2K was online.

All in all, not much has changed from the start. Many servers wasn’t near the 30K limit. But if someone want to find an easier server to secure a place in the final it’s in a hurry. So far as I know the servers close in midgame.

I saw one thing that made me very confused. For how long time has there been the row of flags at the top of the start pages? Lol.. I haven’t seen it before now. Can anybody tell me?

In the statistics our player Signe remains as the No1 Hero in the world. Wonder how many scrolls she has buy so far? A player named ipun is on rank 9.

A Saudi Arabian is the leader of pop. Wiro Sableng is now on rank 9. Hmm, but this was fun. Of 20 comx2, comy2 players only 4 is from comy2. Don’t they pop there?

The attack list is topped by two players from P2theE, Secunders and DAF. The international is fair represented here too – and most from comx2.

No Internationals on the world top10 deff list. Amongst the top100 it’s 15 comx2 and noone from comy2. It was not many comy2 on the attac list, if the players there don’t build deff it would explain some of it.

Comx2 builds nice, only a few from comy2 on top100 production list. Wiro Sableng of course is there,, rank 7. Almost Blue from comy2 we find first on 24th rank.

With between 15 – 20 players on the World Top100 list, two No 1 in hero and attack ,I think that International defends our honour well against the world.

Congratulations to all who has fought their way up on the World lists in one way or another!!

From the week’s Top10 list I’ve got a report from Joooe. 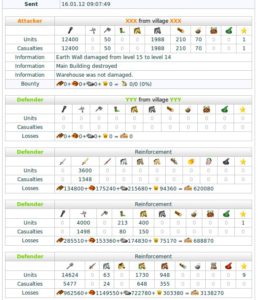 Since the attacker don’t answered my igm we have to censure his name, The story in short:

Safiren: I heard a story about first a try to conquest your village and you made it capital. Then you get bombed, good damage. As TS guessed that you would be visited again they set up a wall. And to their happiness your visitor ran straight into it.

Joooe: Attacks and deffin’ is just part of the game. When I settled the town it was planned to be capital but as I had no reason to change it… it was kinda left into hangin’.

I use to ask a few more personally questions so the players on this server can learn to know each other.

1. Can you be so kind and tell us something about the account? Where do you come from?

From the land of thousands lakes ..Finland.

2. Why do you play on the international tournament?

Got bored on the servers I used to play and wanted try somethin’ new and different.

3. Tell us something about yourself. Sex, age, work, hobbies.

26 years old boy … work what is that some new dish at burger joint :O ..
Hobbies: I like graphics and media and watch history documentaries.

4. Your best Travian memory. What is it?

Playin’ my very first travian round and end up in the winnin’ union … Then also when I was sitter, queue the ww level 100 few minutes ‘fore fellow member lost buildin’ plan and secured the win to union.

5. If you listen on music when you are playing. What is your favorite?

Have fun and play fair!

Time to take a look back on the first weeks Top 10 alliances. The alliance that ended as Ares has disbanded. Moßs in SE which has been the top ally for a while has been bypassed by P2theE. It seems to have been a lot of name changings and moving to new allianses. It’s still mostly the same players with the same coalitions. But after this merging maybe P2theE had found their final form.

More about Moßs in next chapter. They arrived at the top10 list right after i have done my first FN on this server.

SWAT has meet the same destiny as Ares. Now a minor alliance and their members has splittered the most to L&P. L&P is down from Top10 too, but still on Top20.

Hades is still on the Top10 list. They was allied with Ares, but not with P2theE, not officially. Poseidon remains as their friend. It’s a pity this people don’t answer igm’s. I want to know more about them.

As I predicted DOOM has fallen. They were to splittered over the map. The remaining members have concentrate on a smaller area.

Instead it is the AOD alliance that have moved up on the Top10 list.

Hephaest was one of the Trojan alliances . If it was them that was on Top10 last time, I’m not quite sure of.

The Family group has fallen deep down.

The GIGA confederation still exists but have fallen out of the Top20 list.

Solar coalition has now 2 members on the Top10 list. Earth who have merged with TS is now rank 5 and Mars is rank 7. As Earth is a scandinavian ally I feel some proudness that my fellow players is doing their best. I wish them luck!

It’s soon artifact time. I think that the most alliances has found their final appearance, at least for a while. Each quadrat has a strong coalition. I hope we don’t have to se this big zerges which has appeared in the previous tournaments. It’s enough with this metas.

When I begin to write this Moßs was the biggest alliance on the server, now they are rank 3. Still the biggest in SE settled in the center. 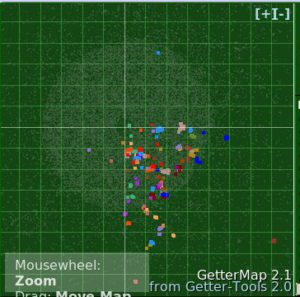 MoßsII rank 12. Settled most at the border against SW and some of them out in the woods. 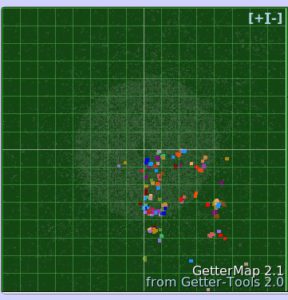 V-RoCk rank 16. Settled in three groups, mostly in the center. 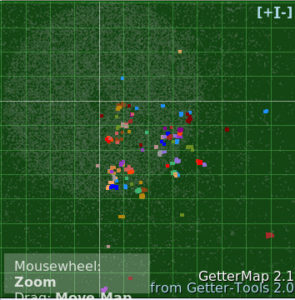 The Great Victory Confederation. let me guess they think to play a part in the endgame 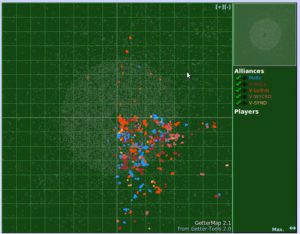 RED B rank 10. The second biggest alliance in SE. They have a lot of allies in the confederation 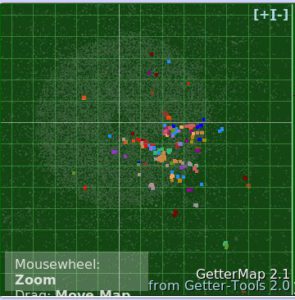 Balcani rank 21 is the last confederation in SE. Allied with smaller alliances that in their turn is allied with others. Mostly players from Croatia and Serbien, I think. 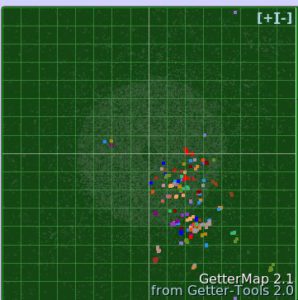 Moßs with allies dominates SE. REDs and Balcanis have a hard time to survive. What I so far have experienced of the people from eastern europe they don’t use skype as communication. In travian is communication a very vital way to success. Some of them seems to have communicated well Nice deffpoints and gold for fulgerica from RED B. Congrats!