Welcome all to Final 2016 and my Corner – and the first news! I haven’t been able to check maps so early for three years now and I hope you will think it’s so exciting as I do.

First, before I forget it again, the market. It is possible to offer resources up to 1:2 but as long you are in protection you can only buy 1:1. All is in protection for near 2 days more so why do players persist to offer more then 1:1 when no one can buy?

The eagerness amongst players to start this Final have been huge. The division in six qualification servers with countries dedicated to each have formed new constellations. This can be an exciting server.

NE was very popular as start quad, too popular, I guess I will see many settlers at a high speed running past my little village at the border between NE and NW, much more free area in NW that is the smallest quad.

It is a bit early, after 1½ day GT is far behind the reality in alliances forming up, but some as the Turks are eager to win that race – in opposite to Russians that never have been in a hurry to form their allys.

Never the less I have begin with maps and instead of waiting until main embassys are ready before I post I will update maps continually so we can see how the metas will form and in which direction they will move.

Normally in Final I have to check 200-300 allys to get all wings together. This maps is based on top60 and I will add more until the big part of the players are counted for. I’ll add the gt links so you can see the progress, I don’t have time tomorrow before work to update.

First a reminder about how many that qualified.

In total 13138 and we have now 10425 players including wildcards that we don’t know the amount of.

Since Turks so eagerly have built embassys I begin with them. A majority have spawned in SE but Error started late in NE. And yes, the circles is probably caused by the massive spawn in NE that resulted in many breaks when players tried to start. 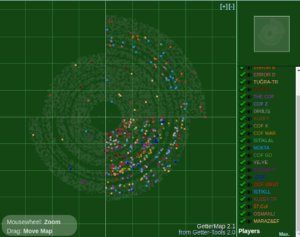 Turks has company in SE by Vietnam, Indonesia and Germany. 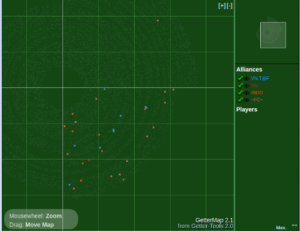 Arabs chose to settle in NE when all expected them to go to SE or SW. Arabs have been spreading a lot of desinformation before the server and tonight one of them told me they will move from NE because it’s too many players there. Believe it or not, I’ve heard the same rumor about other countries. The following days will show who will move where. 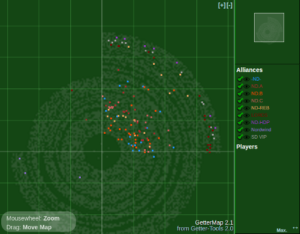 Dacia also wanted to be in NE.

To find Czech together with Dacia isn’t surprising but I heard long before start that they didn’t want to cooperate with them again. France had plans together with China and maybe Cz?. Company might be a bit lost. 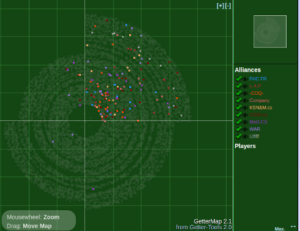 In SW I found some small Russians allys. As I said before they are a bit lazy forming alliances. They are there together with Greeks and Swedes. Poland is back, they didn’t play last Final, divided on two quads. I couldn’t identify the ally Gravity too mixed 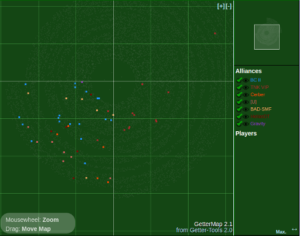 And so NW – Enigma and Pan (CIN/Lords) from International. Spain/Portugal/Brasila/NL divided on 3 quads and are to cooperate with Arb due to ally profile. PP, an ally from Balkan somewhere. 777, the Ukrainian ally, have also spawned here but when they discovered they was to fight against Russians instead of Arabs they changed their mind. Will they chose to move to another battlefield or will they sim far away the rest of the server? 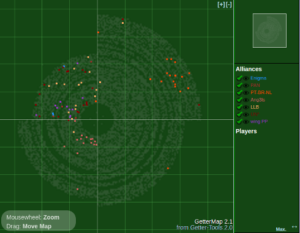