Since it is my blog I can enjoy myself with posting what happen to me today. The reason why I haden’t time to post the rest of the reports I have which I promised yesterday.

Last day of the server usually give me good def points. Last Final I ended up rank 20 after killing 15K catas mostly with snipes the last minutes of the server.

My S01 was first zeroed but I resettled it. A month later is was nearly zeroed twice same night. and once again a while ago, only a granary and a crop field left.

Now I can say thanks to Hellas. for giving me a nice def rank this round too. I was on Top10 for a while 🙂

My residence was down three times and the wall twice. My hero died twice. First in S01 and then in Gin. Fakes on my cap. It was close several times but thanks to all my friends new def arrived in time for next round of attacks. I love you all! 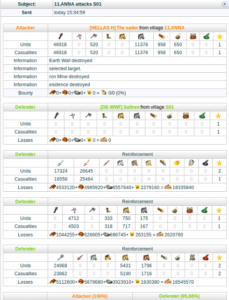 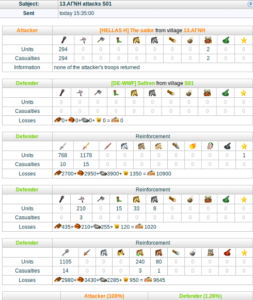 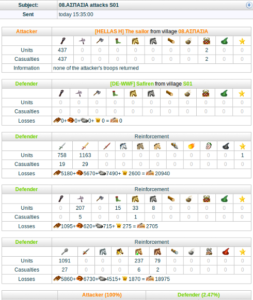 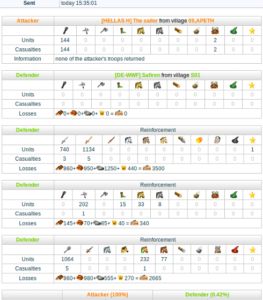 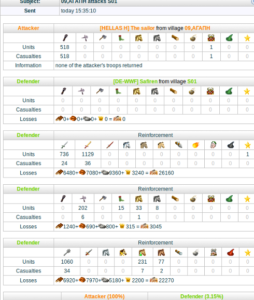 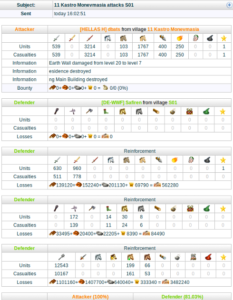 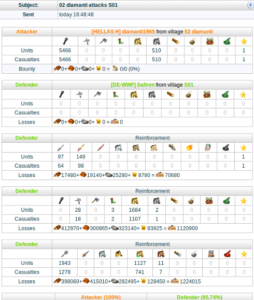 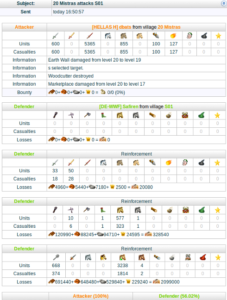 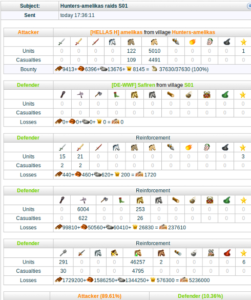 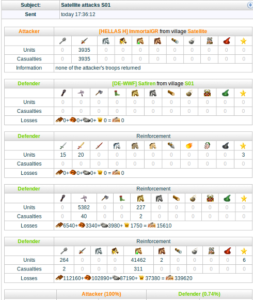 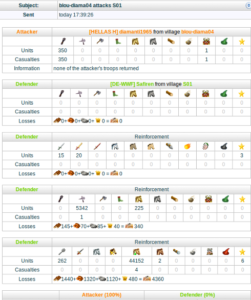 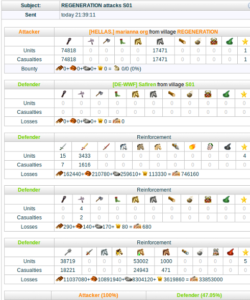 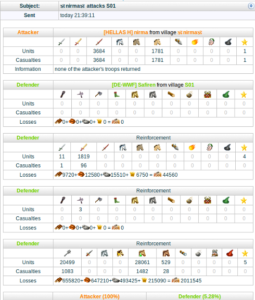 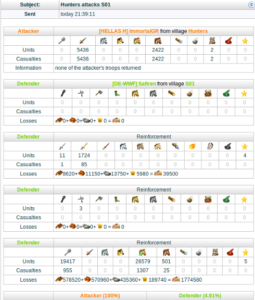 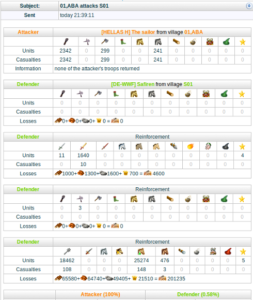 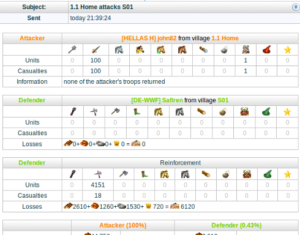 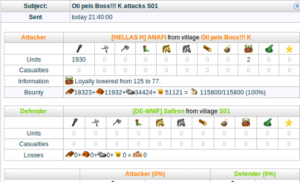 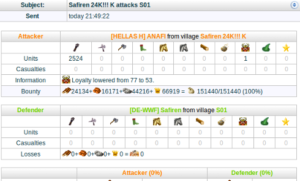 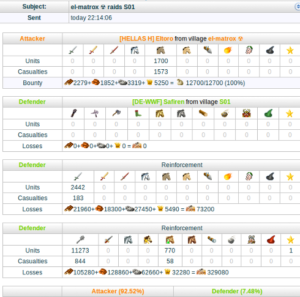 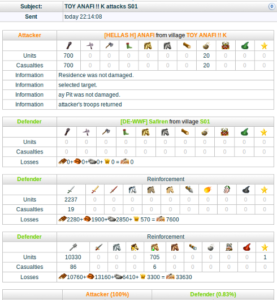 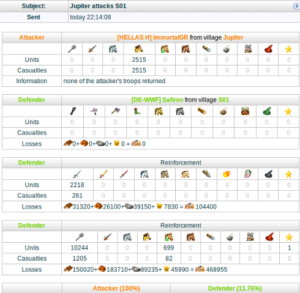 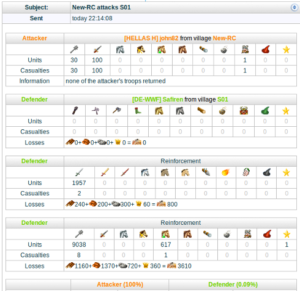 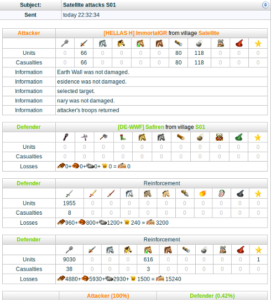 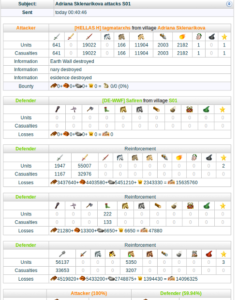 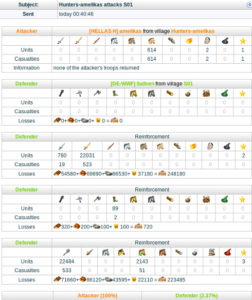 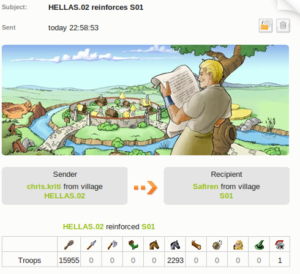 I had to sleep before servers end and woke up to this. Lol, my heroine died for the 4th time in 2 days. And I was lucky no more chiefs were out running, but I think they haven’t had time to revive them.