The ND meta in SW have only two alliances on Top 20. 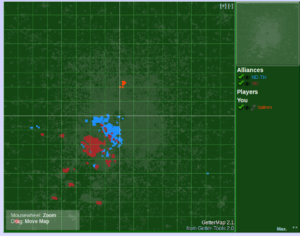 NE never managed to the necessary co-operating for a real chance in endgame. Three active WWs in the same quad is two too many. NB – Chinese was the only ones that had 2 building plans. Vietnam got one and Germans none 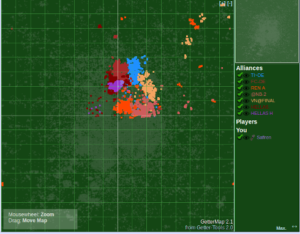 TI~DE Top 13 pop, rank 11 off and rank 17 def. Vietnam and Hellas was the primary opponents.

REN A Top 18 pop, rank 34 off and rank 9 def. Russians was the decided enemy but French lost more villages then they conquered from them.

VN@FINAL rank 53 pop, rank 20 off and rank 26 def. Germans was the enemy and chiefed more then they lost.

HELLAS H, The most offensive Greek players formed an own ally. Rank 90 pop, rank 51 off and rank 116 def. They continued to concentrate on the area around  WW 0/100. DI-Hive merged  with DE-WWF and was primary target. Hellas goal was to take the area and they succeeded in that. 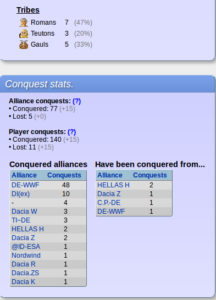 I got pictures from Anafi to show how well they had done.  Hellas are blue. 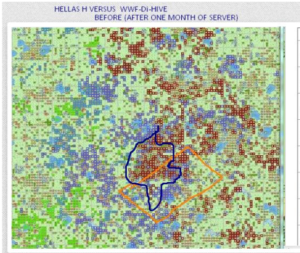 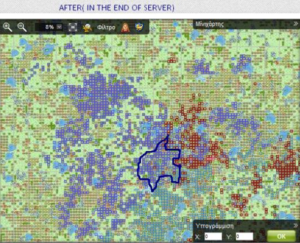