The first week has ended and I took some time to look trough the Top Robber list. 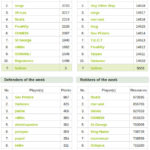 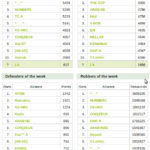 Our first gold raider, Rudik (congrats!),comes from a small Russian/Ukraine alliance with 3 wings, settled in NW. Namned after some local russian fenomen, Ushastiki. They like to farm in that ally because another one, murromurr, is on the 8th rank. Two wings has together farmed more than 6 millions.

At last I found a youtube. It’s a cartoon about rabbits! I don’t think they are as easy to scare as showed in the video and they seems to be hungry, eating half of the moon!

The silver raider, mer-and, comes from Turkey. The TC.A alliance are settled in SE and have begin building their meta.

The bronze raider, Salvia, is from Russia too, their ally GG, Grass geluk, spawned at the same time as it looks, making a pretty arc i SE.

COMEDI from Gvozdi, SW, you will not be surprised when I tell you it is a Russian/Ukrainian team, n666n on 9th rank is from the same ally.

On 5th rank the first European player. St George from Lo®ds of Travian, SE. V-Lo®ds have gathered the meta from International 1, including the Romania players on .com.

I think that King-Nader is from International 2. At least he has the american flag on the tournament page and the Americans played there. Looks that he likes freedom from ally duties,

Octopus, the Top raider for several weeks on International 1 has met more resistance here in the Final, still on the list but couldn’t defend the first days top rank. Alliance Mars this time too, so nice settled in SW that it reminds me of what I read on the russian forum about ”parachutes landings”. I’m happy I’m not in that area *laughing*

The last one on the list, when I’m writing this, is F60.2 also known from International 1. 4 wings with the same tag, Solaris, settled in SW. I like that twist with the allynames. Fun!

Now when I’m not bound by my promise to not talk loudly about the tournament crop pages any more, it’s interesting to look at the army sizes. The top5 is raiders with 800-900 crop troops. Those 5 are also on the Top Attackers list. Mer-and seems to have had most fun killing troops (or bad luck with farms defending), rank 38 on the crop list with next to 500 troops left. Congrats to the gold 🙂

Someone found a hidden url on the Tournament site. It showed how many troops everyone had in crop. We know that TG would  make i hidden for real if they knew we knew about it. Of course it didn’t take long before a player wrote a question about it on the forum. But I got pictures from it before TG disenabled the  access. 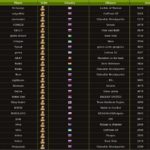 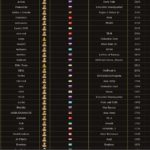 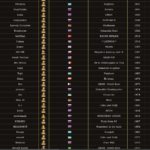 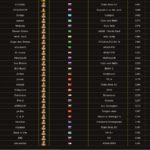 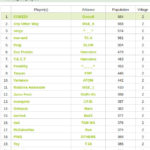 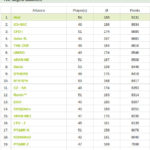 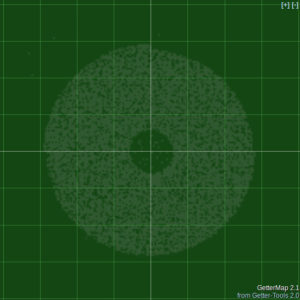 Do you remember that the prediction was that NE will be the most crowded quadrant? It looks like several alliances have changed their mind. It is small differences between the quads bu NE is the smallest one and NW the biggest, SW and SE equal in size.

Usually I mostly check the Top50 alliances. In the qualification I think I was up to 80. Here in the Final I found a lot of interesting small allys all the way up to rank 300 *puh*

I will have a hard work keeping track of you all! But it’s the first week, a lot will change.