Finally something is happening on International. Vietnam launched on Ghetto and took them down from 64 to 58.

Ghetto chose another path. First they sent their ram hammers on the Great Architect and 1 minute later the catas landed on Vietnams WW destroying all Great Warehouses.

Both P.T and Ghetto is convinced that they will get the victory. One of them has to be wrong, the future has the answer. 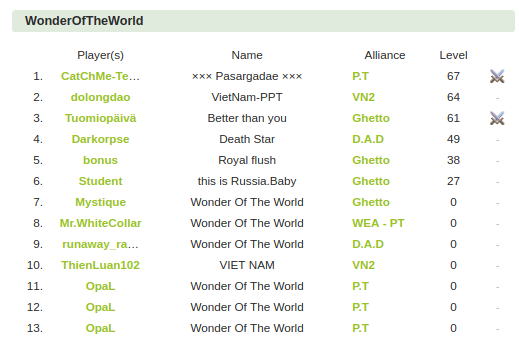 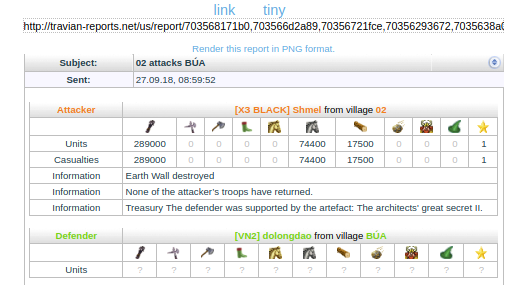 Following WW hit
(6x GWs destroyed, there was no 7th  ) 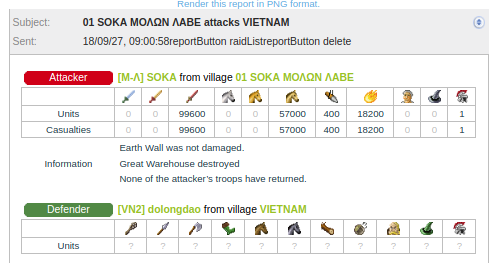 Hit on the sup ww
(to prevent ww switch)

Report from NorthWest, it doesn’t help if you write no attacks fom DAD and Bulgaria on your profile if you’re not active enough. 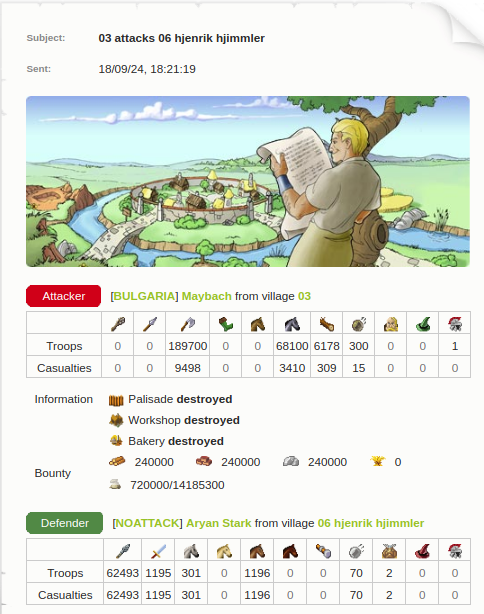 Smurfs got a plan at last and could start to build on their WW. Cerber is still in lead. 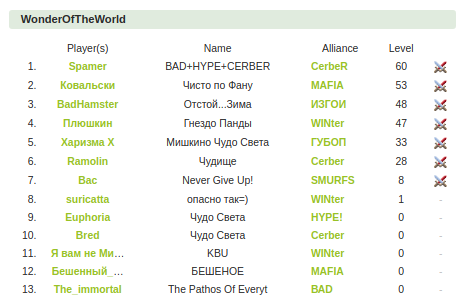 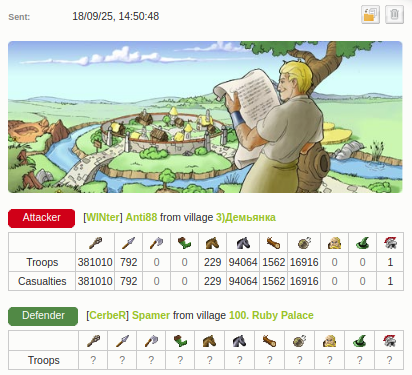 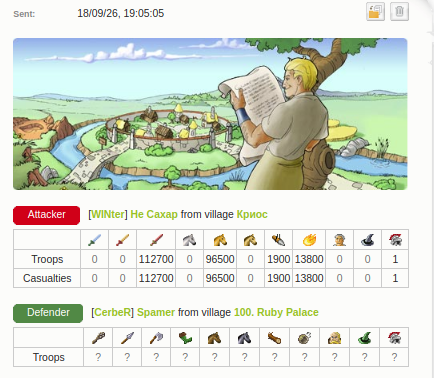 Kira has had a busy server both as attacker and defender. I wonder how many reports I seen until now where Kira and artefacts have been involved. 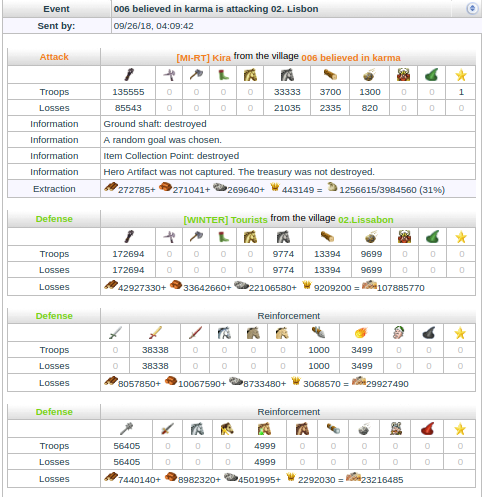 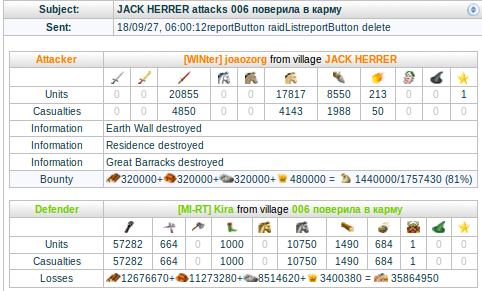 They finally got rid of eimis capital, atleast at the end of the server

SPQR and NB is so occupied fighting each other that G&V could build on their WW undisturbed as it seams. I have to admit that I never counted on that in my predictions. 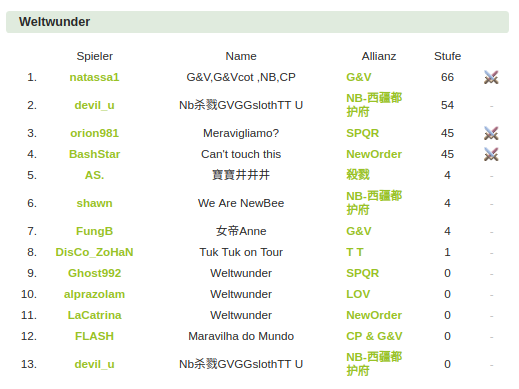 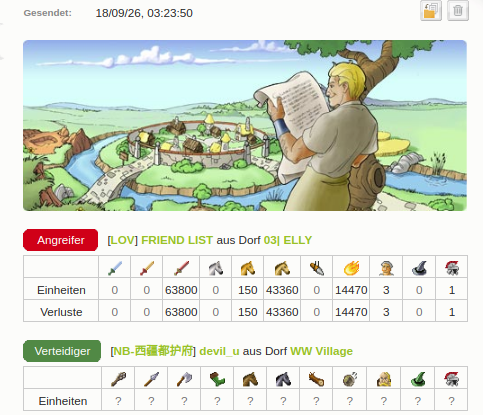 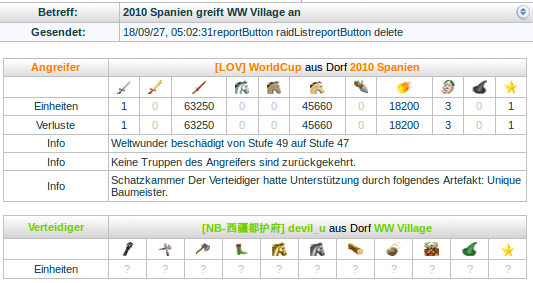 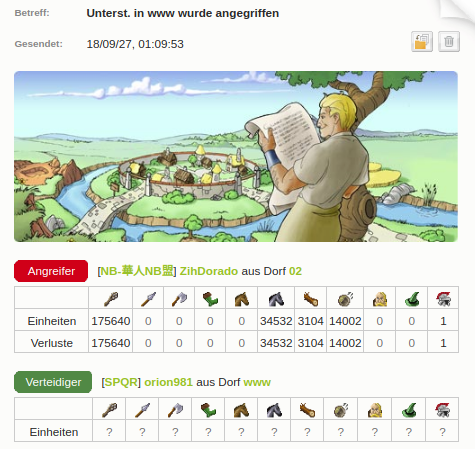 It’s a thrilling story ongoing here. CS and NL is still going strong. The Turkish alliances has finally met a worthy opponent. Reports is always on +99. 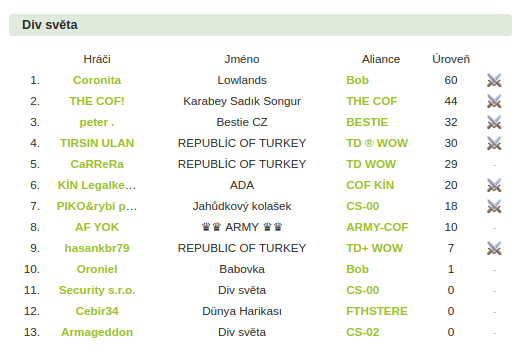 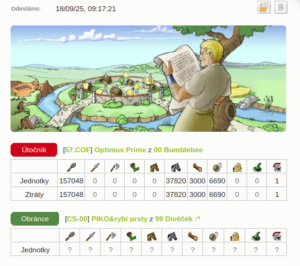 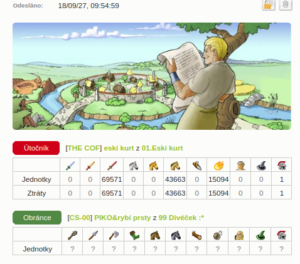 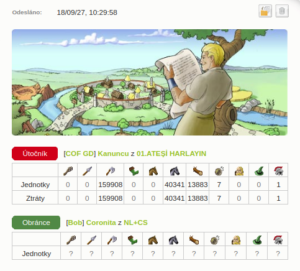 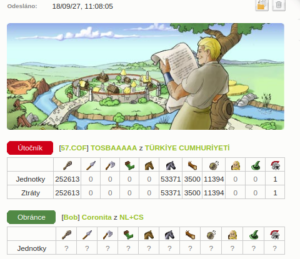 Poland is complaining that they have no resistance.  There is too little def in the other WWs. RocknRolla seems to be content building levels enough to be attacked by natars before the WW is zeroed again. WTF is beaten once and once again. COQ lost their WW – Poland attacked but Dacia conquered it. 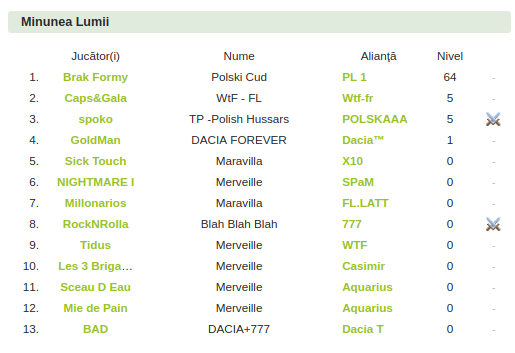 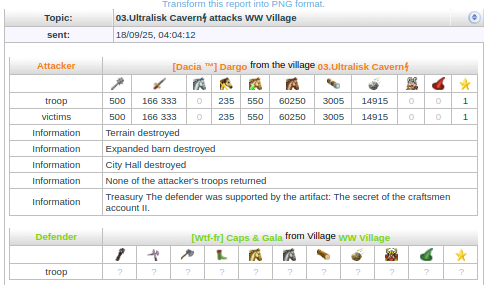 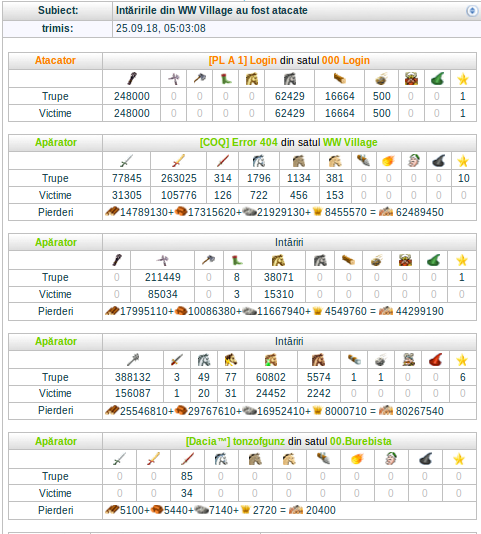 Reports are non-existing. Checking – aha, the troops have been returned. Sending again =) 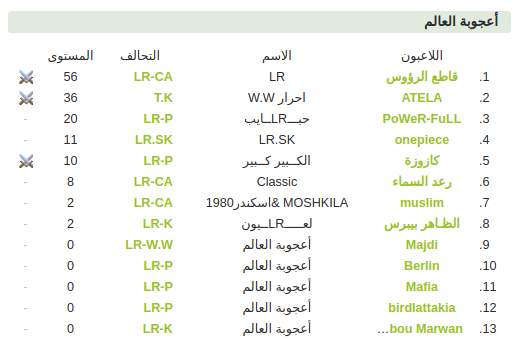