Today the announcement I’ve been waiting for since Munich finally arrived. It was under the disclosure document so I haven’t been able to talk about it and one of the most important topics I brought with me to the event. I hope this will stop the players that concentrate on getting the prizes for off and def points in a dishonourable way.

On July 5th 2018 at 09:00 hours GMT +1 a new patch will be installed
across all game worlds without any downtime expected.

The following will be implemented….

The registration for Tournament will close the 9th July so no more waves of spam bots after that and when MH have cleared the servers a final time we will know more about how many real players we have that compete for a ticket to Final.
Time also for a reminder about the artefacts, they will spawn the 2 August. You can find the reports from last year here

The reports I was waiting for permission to show is about Toumiopäivä from Ghetto and Bomber from BH. They have been quarrelling since beginning of the server. Their croppers share the oases around. Now it was time for a new round. Toumiopäivä scouted Bomber and found a big zoo.

Never the less he thought to attack Bomber but Bomber was faster. 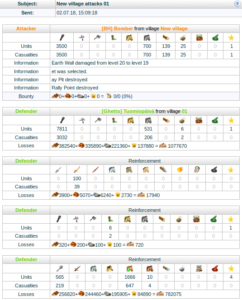 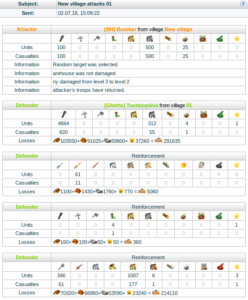 The story will continue 😀

Next server is Group A Russia where HUN and LTU (Baltic) are the invited guests. 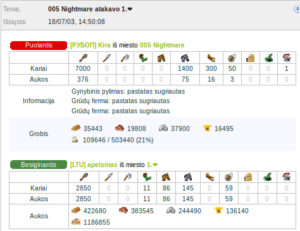 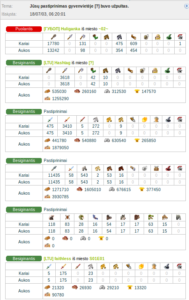 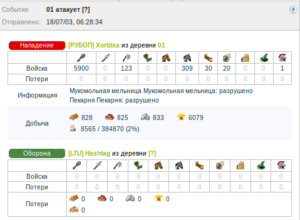 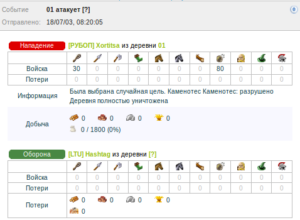 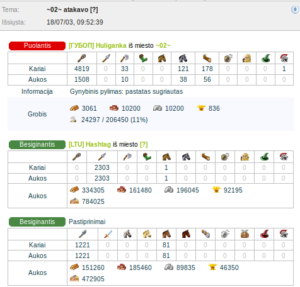 This must have been an desirable oasis 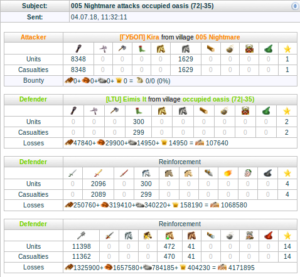 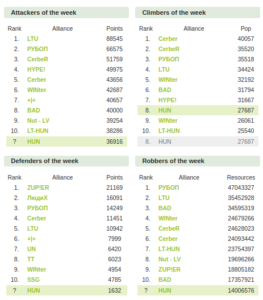 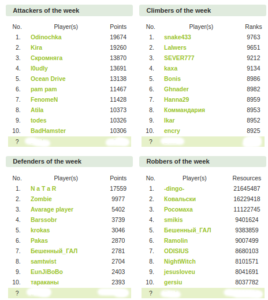