Maps are now based on Top140 allys/wings. most croppers are gone and that will show tomorrow and as usual I do my maps some hours before they will be updated. No use with pictures, they will be old before you see them. Sweet dreams!

Turkey: Main quad SE, a late settling in NW. The list on associates is long on profiles. One of them is ND A. Seems a bit unnecessary on this stage to have naps between two big metas.

Arabia: Some late starting Arabs have shown up in SE.

Dacia: More embassys have been started and Dacia is both in NE and NW. They seems determinate to stay.

Next meta in NE is multinational. French, Czech, Danish and several others.

Russians in SW thinks they will be bored, to few enemies. The Russians in NW and NE don’t risk to feel alone. This year the Grey Zone might be the scene of intensive battles, it haven’t been since WWs was moved out.

I haven’t finish sorting out all allys yet so I put the rest of them on NW map.

Turkey: Not many have moved out, ISTKLL K settling in the middle of the Grey Zone 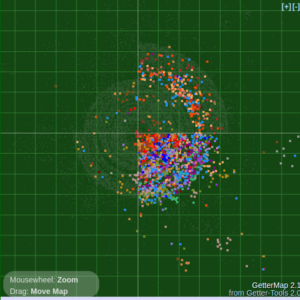 Associated Vietnam and Germany: More wings have moved out here. GO have full embassy. Notice the five players from Traigavn that have settled at 400/400 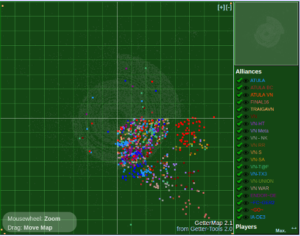 Arabs: A few wings have moved out. Some wings going toward Grey Zone and others have begin to cluster around WW 100/0. 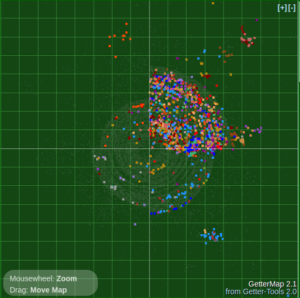 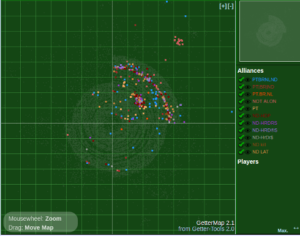 I’ve been told that ERROR is an independent Turkish meta, but still Turks so no change on that map.

PT tells me they play with Dacia, but they are not on Dacia profile. I found two Brazilian allys that have contacts with Portuguese that plays with Arabs. New map for Arab associated: http://www.gettertools.com/finals.tra….

Time for Dacia map, based on the same Top 200 and Dacia profile. There are many nationalities here, I can count to at least 10. With so many players I need to do two maps but how to divide them gave me a small headache. In the end I decided to make one map with all allys that have Dacia in ally name and the second with all the others.

Dacia map contains players from Romania, Hungary, Italy and Portugal. Dacia NE have begin to build a stronghold in the North and also towards the Grey Zone. Dacia NW is clustering towards the Russia area around the Grey Zone. 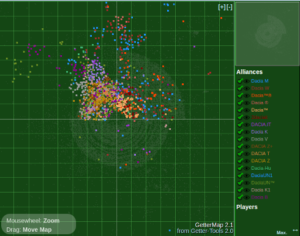 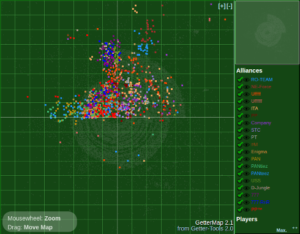 Since my previous maps I’ve been introduced to the deep mysteries how to use certain formulas in a Google spreadsheet – Thank you very much my dear! (kisses) Now I have to redo all my statistics..

Based as before on Top200 and profiles.

The fourth meta in North East calls themselves just that – the NE meta. Here we have France with 163 players. Lol-Fr is missing on the profiles but – well.. they have never been easy to cooperate with… A new constellation of Scandinavians and Greeks is also to be found here, 147 players. China is the biggest ally in the confederation with 307 players.

Czech, 207 players, have this time chosen to not play with their old partners Dacia. Dacia is good players, they have showed that in many rounds and they won last Final but maybe their pride to be among the best ones also leads them to treat their supposed partners as only useful instead of real partners and thereby they might lose more friends. Not the wisest way if you want a victory again.

KAK, Thailand, with 48 members brings the amount of players in the NE meta up to 872 players. By Final standards a small meta. I think they are too spread and have too many opponents to have any bigger influence in endgame. Nevertheless China gives it a try and is concentrating to WW 100/100. 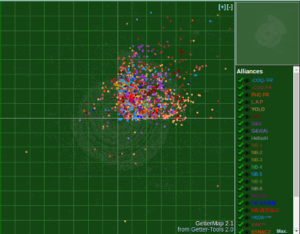 Russians – as always – took its time to figure out. To start with the Russians in NE I’ve been told that it is the ones that don’t think it is the happiest possibility to be a part in a big meta. We will see, the loyalty among Russian players have always been strong, they works together for the bigger goal. 252 Russians in NE quad.

Russians have got new friends and old that are back. Nordwind was supposed to work with Arabs but it don’t look as that. Also a surprising turn since I can’t remember if I ever seen them work with Russian before. In that case we have 1114 Russian players in SW.

We also have Russians in NW, the creme de la crème, eager to fight, 166 players. As it looks Russians have chosen to make the Grey Zone to the primary battlefield with that concentration around it. 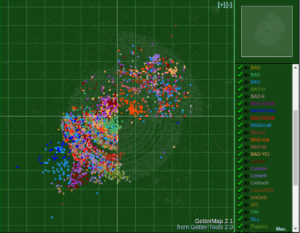 Associated
Greeks with 155 players and Sweden with 39 have settled far away in opposite to Thailand, 140 players,that have stayed near center. 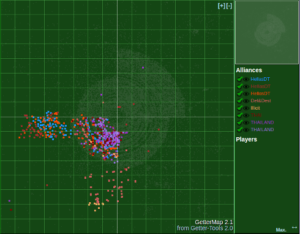 That makes a total of 1614 players in the Russian meta plus eventually 252 from NE.

Remember that I haven’t counted all smaller wings yet.

Russians needs some enemies in their quad to not have a too borrowing round and this might be the ones. Poland and a couple of mixed allys will be targets. 192 players is not much to share. 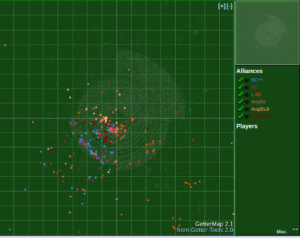