I was reminded today when I had a visit from a CZ-player that I have a friend somewhere there and asked him if it was his ally.

Well – that’s what i talked about last time Cooperation…it’s like… playing solo game here . I’m in ally ”X” … we are good inside . Anyway, there is no cooperation with other alliances , we have only confederations with PL alliances and French ones but – no cooperation . Of course we are not attacking Czech/Slovak guys – but that’s all of the Czech/Slovak cooperation .

Confederacy with them will bring us power in future, but now it’s burden only. We are so close each other – only PL players and CZ/SK players abreast… We are unable to farm players 😀

1. Can you tell us about yourself and your account? Where are you from? From which server did you qualify to the final? How many are you? Male or female? Age? Do you work or study? What do you do when you’re not playing travian?

… Враг is me, I’m from Moscow, 35 years old. I repair roads, When I’m off, I go for a drive on my motorcycle, sports, I walk, I go to the cinema, theatre, I meet friends at restaurant. My life is very various! =)

2. How long have you been playing Travian? What are your greatest Travian memory? The worst thing you have done?

I played already so many servers that I lost count. Many years, at all I do not remember precisely. There were many interesting games. The most interesting what most difficult. In each game there are also victories and defeats.

In the Final I play together with a friend who is 29.

No, I don’t listen to music.

4. I got this map from another player. 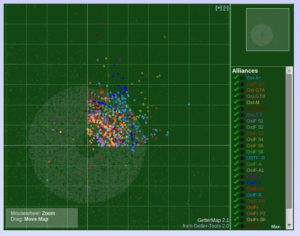 It seems to be a lot of Russians here in NE, and I’m settled in the middle of them ^^ Do I have to worry?

Yes, most likely all active players of other countries will be destroyed.

5. Will all the other quadrants show up as filled with Russians as NE? And are all Russians so well organized as it looks?

Yes Russian landed in all sectors. And they are very strictly organized, any who doesn’t want to submit to the general organization, will disturb. (This opinion of leaders of groups.)

6. Russia is a big country, It must be some diversions. Enemies on home server – and now have to cooperate for victory. Or will some go for their own WW and try to defeat other Russians?

There are possible certainly rivalry in Russia. It can prevent a general victory.

7. Will Poland cooperate with Russia or not?

Poland won’t cooperate with Russia. The majority of Poles perceive Russian as enemies.

8. What do you think about the Arabs and Iranian? The players from Eastern are unknown to us. Do you know anything about them?

I have read the Arab forums. They have strong players, but they need to be won for the shared goal, if they unite, the result is possible.

9. Which nations will be the biggest threat against a Russian victory?

No country represent a threat to Russian but if there will be unions, probably Russian will lose. Though it is a little probable. The number of players essentially won’t change anything.

10. Thank you for giving this interview. It was nice to meet you 🙂 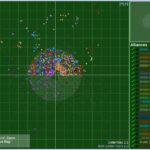 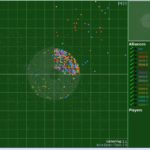 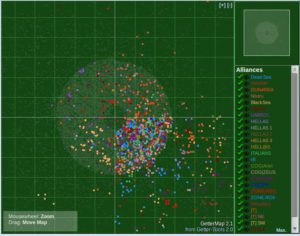 One of my acquaintances from International 1 offered me a deal I couldn’t resist. I was invited to his account to see with my own eyes how the attack&raider master this week is working. One thing is sure, they have done a lot of work with the farm lists. So well organized! I’m in awe. And all this resources gained from oases!!

When I was at St George I also took a look on the map. Beside his spawn I found Rusalochka. I can promise you I was stunned for a couple of minutes, looking trice if I was on the right place and checking the account names.

What odds will you give me for that? Two players amongst 14.500 contacts me, each willing to give an interview, and they have spawned beside each other?!

With the greatest pleasure I present:

1. Can you tell us about yourself and your account? Where are you from? From which server did you qualify to the final? How many are you? Male or female? Age? Do you work or study? What do you do when you’re not playing Travian?

First of all I want to take this opportunity to thank thank you Safiren on behalf (if I may) of all the readers for all the hard work you put in- it is much appreciated!

I personally originally come from South Africa, however I have been living in Britain the last 8 year having migrated with my family due to an insecure future in S.A.

The St George account qualified via the .com qualification server 1. My personal account which I mostly played solo got catapulted on Christmas day (also my birthday) and never fully recovered unfortunately so it never qualified.

There are 4 main Duals, myself, Phil, Pug and Coffer, all male though we would welcome a female dual 🙂

When I’m not playing travian- which tbh is most of the time from now on, I’m busy with my Youth Internship. So that’s work alongside study.

2. How long have you been playing Travian? What are your greatest Yravian memory? The worst thing you have done?

I personally have been playing Travian since 2007, having had the privilege of being mentored when I first started by one of the first beta alliance leaders (Snake). Over my Travian career (if you can call it that?) I’ve played a minimum of 80 server starts… yes I enjoy the start and it is by far my favourite part of the game requiring the most skill imo. Loving strategy, I always try and work out the best strategy to try and get ahead- I was the first to successfully (to the best of my knowledge anyway) raid oases profitably within the 3 day protection back in t3 when they only gave 1600 production. You can imagine my delight when t4 came out and gave 4-8k! As is evident this knowledge and skill with oases raiding has come in extremely useful on this server- though I never expected us to have such a big lead in the top 10 tbh!

Enough about me though- on the account we have Phil who is the owner of the account and who did the hard work of bringing the account through the qualification round battling against Octopus (who had catapulted me) throughout the server. We have Pug whom I had not played with before but who is proving to be totally invaluable in both the effort and hard work he puts in, and his fellowship in the skype chat! Coffer has just recently joined us but having played with him before I know he will be and has already been a valuable contribution to the team.

Fondest travian memory… thats a tough one- I guess this current performance by the team will eventually become my fondest memory- to be in the finals and have such a clear lead in raiding and attacking, knowing that we’re playing against the best players in travian- its a great feeling 🙂

Of-course I listen to music – mostly Christian music though by people such as Christ Tomlin, Tim Hughes etc.

4. What do you think about the server?

The Russians know what they are doing, it wouldn’t overly surprise me if they win- I think it is their server to lose. This is my first tournament and I don’t have time to be leading/organising alliances like I have in the past so unfortunately I can’t give any insight into what the plans are from our side.

I’m a bit disappointed in the lack of quality from the non-resistant players- St George didn’t have an easy start having landed next to the Russian alliance leader, so if we could get to the position we’re in I would have expected a few others to at-least be close to the top 10.

The Russians appear to be very well organised where as the other alliances just seem to be a whole bunch of alliances meta’ing up.

Will be interesting to see what ultimately happens- as a player I am very competitive and will be looking to finish in rank 1 amongst the players in at-least one aspect- maybe offence? Lets hope there are some equally competitive non-eastern leaders out there willing to put in the hard work in organising a competitive if not server winning alliance!

5. Thank you for the interview. Anything else you want to say?

Again, thank you for the work you put in, we enjoy reading your newsletters and it keeps everyone informed while providing something to talk about- I think you should be payed! I personally would pay a subscription fee to read your material- what do you guys as the public think? 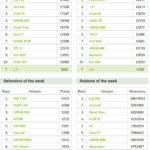 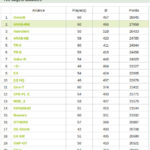 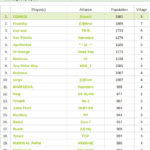 Top20 Alliances and players off 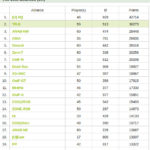 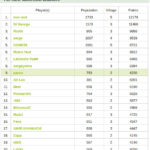 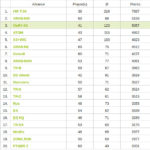 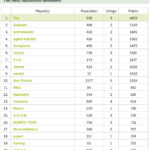 I found this on the Tournament page. A lot of heroes defending and all died. 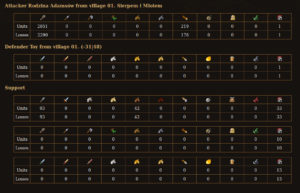